The Verizon HTC One, which reportedly was going to make an appearance at Verizon’s event at CTIA 2013 in Las Vegas, remains missing in action as the carrier failed to show off the device on stage, leaving its arrival up in the air.

In the buildup to today’s Verizon announcement at CTIA, the eyes of both the media and consumers were squarely focused on the Verizon HTC One rumors that have cropped up many times over the past few months. Earlier today, a report claimed that the long-awaited device would finally make an appearance on stage, just a day before the Samsung Galaxy S4 release on Verizon. Turns out, that information was erroneous. 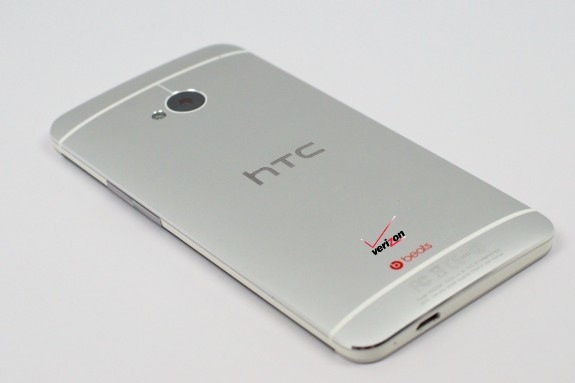 The Verizon HTC One remains MIA.

Instead, Verizon took to the stage to announce a partnership with Viva Movil, going as far as to bring out Jennifer Lopez on stage to promote the new Latino-centric wireless service. The HTC One, which was thought to possibly be part of the show, failed to make a showing.

This of course means that the arrival of the Verizon HTC One is now up in the air. With no other media engagements in sight and the HTC Butterfly 2 rumored to be on the way, a device that could be the Droid DNA 2, we’re back to square one.

The only string of hope that consumers have is that noted HTC insider @LLabTooFeR has expressed that the device is still in the pipeline and that it’s coming out in the near future. Just how long remains unclear though. At this point, Verizon may instead opt to carry the HTC Butterfly 2, a device that would be a true successor to its current HTC flagship, the Droid DNA.

Verizon..J lo? Really? I don’t like HTC that much but I’d much rather had you announce the ONE. #Verizonfail

The Verizon HTC remains a complete mystery at this point though, but its non-arrival today should not be a surprise. Typically, we see devices leak out ahead of their launch, particularly on Verizon, so when and if a launch does take place, expect to see the device ahead of schedule. Whether a Verizon HTC One is on Verizon’s schedule though is now up for debate.