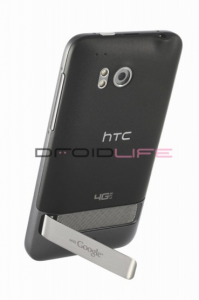 The Verizon Wireless HTC Thunderbolt, a 4G LTE smartphone that has been leaking out on the Internet, will be among the carrier’s first 4G LTE Android smartphone and will present a challenger to HTC’s EVO 4G on rival Sprint’s network.

Like the HTC EVO 4G, the Thunderbolt will have a 4.3-inch display, 8-megapixel camera, front-facing camera, and kickstand. The device unfortunately won’t come equipped with a dual-core CPU, but may come with virtual surround sound technology. Android-centric blog Droid-Life had received a number of images of the HTC Thunderbolt for those who are looking at the next generation of 4.3-inch devices, which thus far include the Motorola Droid X, HTC HD2, HTC HD7, and Sprint EVO 4G in the U.S. 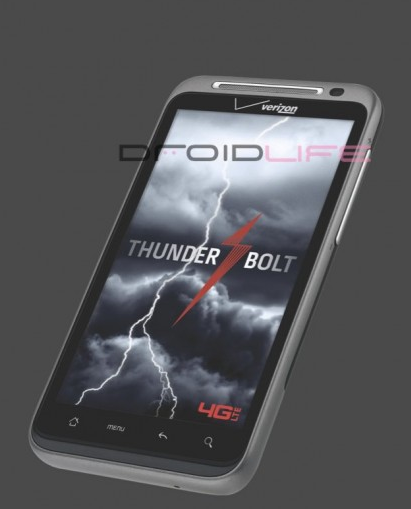