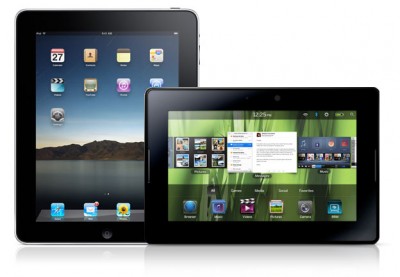 The biggest loser in Verizon getting the iPhone 4 may not be rival AT&T, but Research in Motion, makers of the BlackBerry smartphone and soon to launch PlayBook, along with device manufacturers, like HTC and Motorola, of Android’s operating system. The latest research released from uSamp took a survey of 700 smartphone users in January and found that 54% of smartphone users on Verizon Wireless will be switching to the carrier’s CDMA iPhone, scheduled to be shipped to customers later this month, from a BlackBerry or Android smartphone.

The survey found that 26% of AT&T users may be switching to rival carrier Verizon for its iPhone on launch day. Another survey using a larger sample population from ChangeWave found that 16% of AT&T’s customer would switch for the iPhone while a total of 26% would switch over to Verizon Wireless in general, regardless of phone.

One particular area that may make the survey’s numbers questionable is the low sample population of 700 respondents in uSamp’s report.

If true, however, the news may be particularly bad for Research in Motion, which had recently seen its dependence upon Verizon as a carrier falling. In the past, when Palm OS, Windows Mobile, and BlackBerry were the dominant three platforms, the carrier had placed a huge marketing push behind RIM.

When the company had launched the initial Storm as the first touchscreen BlackBerry competitor to AT&T’s iPhone at the time, the device got mixed reviews and forced Verizon to look elsewhere for an iPhone assault. At that time, Verizon had slowly decreased its marketing efforts and support behind RIM’s platform and made a dramatic push behind Android, launching its flagship Droid brand with the original Motorola Droid, a high-end device, and an HTC Droid Eris, a mid-range device.

Many have said that it was Verizon’s Droid push that had brought Android mainstream, and still today many users mistakenly refer to another carrier’s Android-based smartphone as a ‘Droid’ device rather than as an Android phone.

Now, with the CDMA iPhone, Verizon would no longer need to launch an iPhone assault. Instead, the carrier may be focusing its advertising budget on its new flagship smartphone and to make jabs at rival AT&T. the carrier was recently spotted launching an ad with subtle knocks at rival carrier AT&T.

Also, the carrier will probably be taking more money away from marketing BlackBerry phones with the iPhone, making RIM lose out when Verizon launched Droid first, and now the iPhone. RIM may not be the only one to lose out as Verizon’s flagship OEM partner Motorola may also be upset by the carrier’s newfound partnership with Apple.

Motorola, an Android smartphone-maker, had warned investors that the iPhone launching on Verizon would create an initial adverse impact for the company, though analysts say that the impact may be mitigated as AT&T would now pick up its Android push since it no longer has exclusivity with the iPhone.

AT&T’s net impact may be minimal. With family lines, each with their own contracts, and high early termination fees, the carrier may be able to prevent many from switching, at least initially, to the iPhone. While there are some users who would switch to Verizon’s iPhone, it is believed that AT&T will have an aggressive Android push that will help the carrier to gain Android users–at CES, the company had announced the Motorola Atrix 4G, a flagship device, along with the HTC Inspire 4G and Samsung Infuse 4G smartphones.

For Verizon, though, at least initially Android may not lose out. The carrier had announced four Android smartphones at CES as part of its 4G LTE network. There may be a balance that Verizon is playing with–a 3G flagship smartphone that’s hot and several 4G Android smartphones that will add some lightning and thunder to the carrier’s network. At this point, Verizon wants its cake and eat it too, and for now consumers are winning with more choices.