Verizon Wireless has announced that the LG G2 will launch in the US on their network on September 12. A September release date for the new LG device has been rumored since late July, and just recently it was focused down to a “mid-September” launch, with a spot-on prediction of a September 12 launch date on Big Red.

The LG G2 will be available in Verizon brick-and-mortar stores and online on September 12 for $199 after signing a new two-year contract with the carrier. The product page for the new device has been live for a little while now, but no new details come with today’s release date announcement. If you want, you can still enter in your email address to get a handy reminder on the 12th when the phone officially launches. 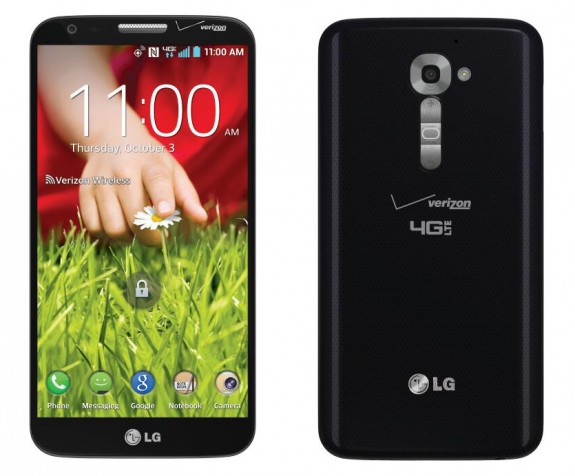 LG announced the G2 last month as the successor to the company’s Optimus G flagship. The G2 features the new Qualcomm Snapdragon 800 processor, with speeds capable of up to 2.3GHz. The device features a large 5.2-inch IPS display with a full 1080p HD resolution, taking on the other smartphone elites on the market today, including the Samsung Galaxy S4 and the HTC One.

What’s perhaps the most unique feature about the G2 is that its buttons are located on the back of the device, including the volume rocker. LG says this is more ergonomically correct, since our fingers rest on the rear shell anyway when we’re casually holding a smartphone in our hands. The buttons sit right below the camera module, which comes in at 13 megapixels. 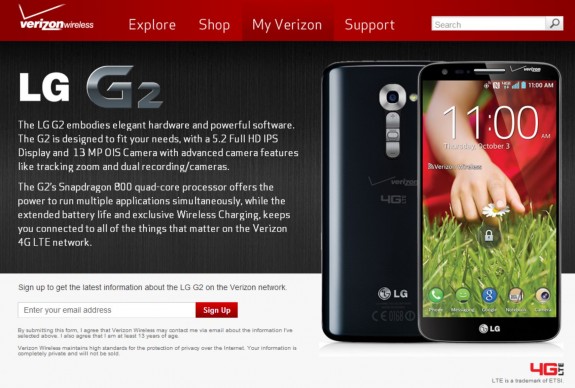 The LG G2 is rumored to launch on AT&T on September 13, which is just the day after the Verizon launch. We’ve heard no word from Ma Bell yet as far an official announcement, but seeing as how Verizon opened up the curtains on the G2 today, we should be hearing from AT&T soon enough about an official launch date for the new phone.

The LG G2 will launch during a busy time of the year. IFA will have been wrapped up (with tons of new devices being launched), as will the Apple event taking place next week. The iPhone 5S and 5C are rumored to launch on September 20, so it’s possible that the G2 could be overshadowed by Apple’s announcements and releases, but Verizon and other carriers will no doubt work hard to promote the G2, as it could be a big seller for the carrier.