A couple of days ago, we told you about some 4G LTE signal issues that we had been having with Verizon’s Samsung Galaxy Nexus. Verizon confirmed the issues and said it was working on a fix that would be rolling out with the device’s first maintenance update. Well, today, Verizon again confirmed said update and stated that the software will “adjust the signal strength indicator to more closely match other Verizon Wireless devices.”

The carrier did not provide a specific date as to when the update would be rolling out but according to ComputerWorld, Verizon reps have begun telling customers that the software will roll out at some point in January. 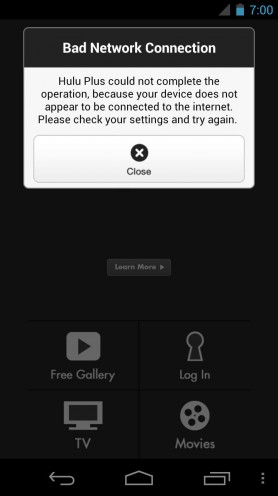 There is no issue with the performance of the device. There is a difference in the way the signal is translated into bars on the Samsung Galaxy Nexus compared to other smart phones. A future software update will adjust the signal strength indicator to more closely match other Verizon Wireless devices.

Will it fix the issues that people have been having?

A report from AnandTech seems to think it will because, according to them, the issue never existed at all. The only issue, according to them, was that the Galaxy Nexus – as Verizon just confirmed – translates bars differently than other devices. In fact, it might even map signal bars more accurately than other devices that Verizon has on the market.

This doesn’t change the fact that we’ve seen sporadic disconnects when on 4G LTE . However, it appears that that, and possibly the phone’s dismal battery life, has more to do with Verizon’s network and not the Galaxy Nexus itself.

We shall see in a few weeks.