Earlier today, Verizon made the Samsung Galaxy S III official. It announced a pre-order date and revealed all of the key features of the smartphone. However, what it didn’t do, was show off the device itself. Fortunately, the device has leaked out in the wild today showing off what Verizon’s variant will look like when it arrives in June.

The photos, brought to the surface by Android Police, show off the white version of the Samsung Galaxy S III that will be headed to Verizon at an unknown date in June.

The carrier has said that it will begin taking pre-orders for the smartphone on June 6th but the carrier has yet to release an official release date. 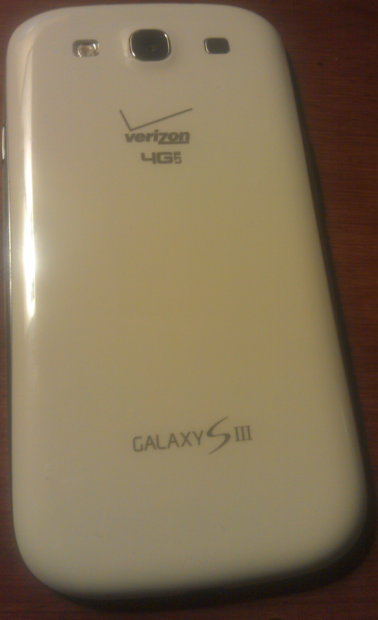 These photos clearly show off the Verizon branding on the back plate and we also see the 4G LTE branding. The Galaxy S III will be headed to Verizon’s 4G LTE network which means it will be capable of obtaining data speeds up to 10 times faster than normal 3G.

The front of the device though does not contain a Verizon logo which should please customers. 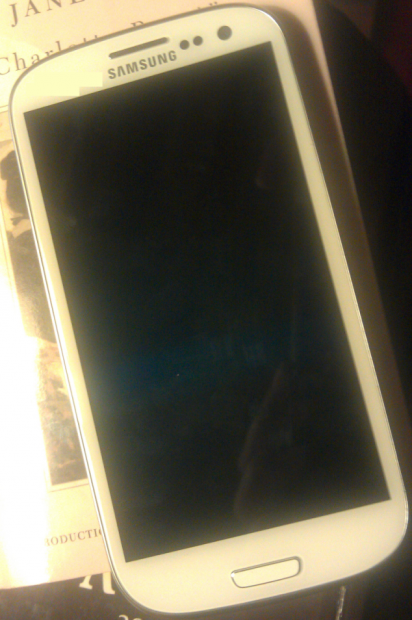 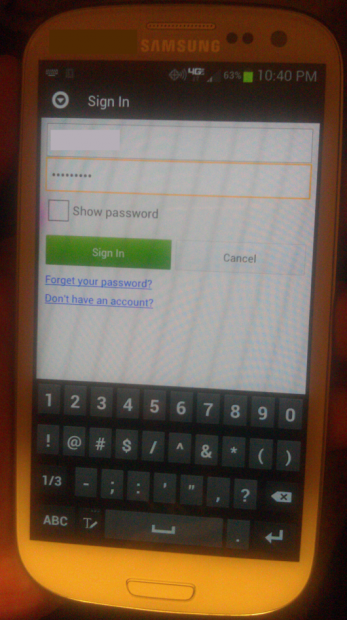 This is important because Verizon will, at some point, only allow those buying devices at those full retail prices to keep their grandfathered unlimited data plans.

Those buying on-contract will be subject to Verizon’s shared data plan.