It appears that Motorola and Verizon are close to rolling out yet another major Android 4.1 Jelly Bean upgrade, this one to the Motorola Xoom 4G LTE tablet that is still running Android 4.0 Ice Cream Sandwich, a piece of Android software that was first released back in 2011.

Thus far, Motorola has been extremely diligent about getting its Droid devices upgraded with Android 4.1 Jelly Bean. Most recently, it was the aging Motorola Droid Bionic that got Android 4.1 without any of the hassle that accompanied the device with its Android 4.0 Ice Cream Sandwich update. Instead, it was a picture perfect roll out. 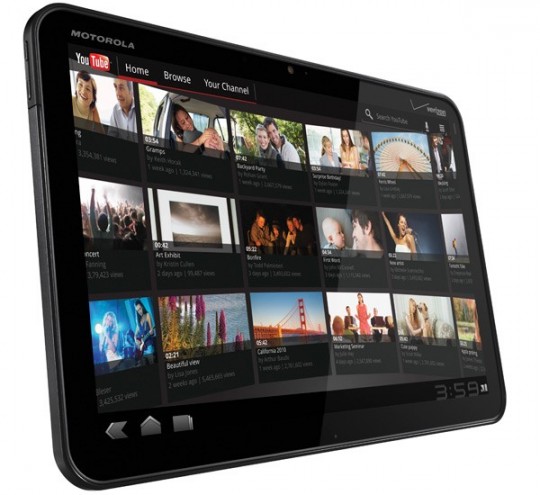 The Verizon Xoom 4G LTE will be getting Jelly Bean soon.

Of course, the company still has some devices left that still need an upgrade and one of those devices is Verizon’s Motorola Xoom 4G LTE tablet, a device that Motorola has promised Android 4.1. And it appears that that update could be rolling out soon, possibly as soon as this week.

Droid-Life recently unearthed a soak test invite from Motorola, offering Verizon Xoom 4G LTE owners a chance to test out Android 4.1 Jelly Bean before it rolls out to the masses. Soak tests ensure that the quality of the update is up to par and they typically take place just a few days before the software’s arrival which should mean that this is an update that is coming soon.

How soon is a subject of debate as neither Motorola nor Verizon have confirmed dates for the software’s emergence. Typically, updates are approved by Verizon, placed on its website, and an update appears shortly thereafter. The most recent update listed on Verizon’s website is one for Android 4.0 Ice Cream Sandwich.

Motorola doesn’t specify which Jelly Bean update is coming to the Xoom but we know that it will be Android 4.1. Android 4.2 has not been confirmed for any Motorola devices and we’ve already heard, straight from Google, that neither the Xoom nor Nexus S will get Android 4.2. So that means that Android 4.1 Jelly Bean will likely be the last update for Motorola’s original developer tablet.

Look for the update to arrive sometime this month.