Though unadvertised and not marketed by HTC nor Verizon Wireless as a global world phone, the Android LTE HTC Rezound may in fact be a world phone complete with a GSM radio. After the device was shipped overseas, a user had inserted a T-Mobile UK SIM card into the advertised CDMA/LTE smartphone and was able to make and receive 3G WCDMA data calls as well as voice calls. At this time, the user noted that there were some issues with sending text messages, but there wasn’t any problems receiving texts.

The T-Mobile UK SIM was said to be functional in the device without the requirement of any SIM unlock code or utility. 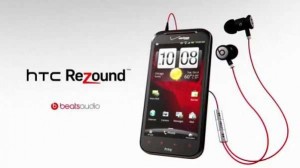 It’s unclear why HTC and Verizon would want to hide and not market the feature, as it would make the Rezound stand out in the pack of 4G LTE smartphones on Verizon’s network. The device was originally introduced as the first 4G LTE device in the U.S. with a 720p HD display and Beats Audio integration.

The Rezound follows the HTC Thunderbolt on Verizon’s network and is seen as many to be an updated version of the Thunderbolt.