Just a short time ago, we learned that the LTE version (read: Verizon) of the upcoming Samsung Galaxy Nexus would be slightly thicker than the HSPA model. By how much? We’re still not entirely sure but a photo of Verizon’s Galaxy Nexus model has surfaced in images used in last night’s presentation giving us a look at the Verizon variant in the wild.

The image you see here comes courtesy of Romain Guy who was the Google engineer responsible for the footage that we saw last night. It clearly shows Verizon’s 4G LTE logo on the backside of the Galaxy Nexus so it’s safe to say that this is definitely Big Red’s device.

From my perspective, I don’t see too much of a difference in thickness. At least, it’s not glaring. 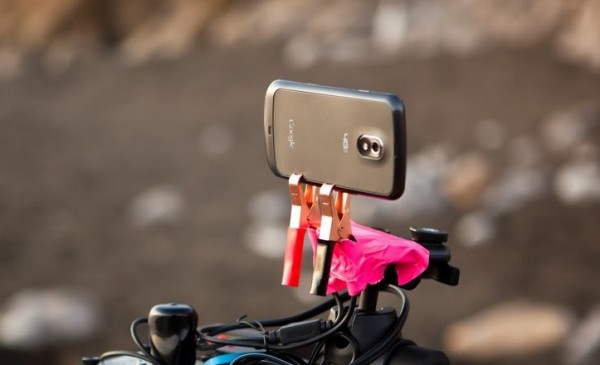 Of course, I reserve judgement until I am able to get my hands on the device but as of right now, I wouldn’t worry too much about the design of the LTE version being extraordinarily thick.