In a rare gesture of support for its largest rival in the mobile space in the U.S., Verizon has come out in support of AT&T in asking President Barack Obama to issue an executive order to reverse an International Trade Commission (ITC) order that would ban the iPhone 4 from being sold in the U.S. The issue stems from an ongoing patent dispute case between heavyweight tech giants Apple and Samsung, whose relationship started out warm when Samsung was a supplier to Apple but became frosty when the South Korean consumer electronics giant branched out and competed with Apple in key areas, including smartphones, tablets, and notebooks. 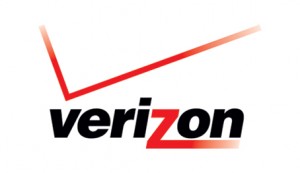 So why is Verizon interested in the welfare of its rivals, especially since the lower priced iPhone 4, when sold alongside the iPhone 4S and iPhone 5, on AT&T’s network helps AT&T’s bottom line? Though there are a number of reasons that suggest Verizon may want to keep a competitive marketplace that would benefit consumers, and particularly consumers on its network should future patent claim cases arise, the real reason may be leveling the bargaining table by keeping products from both its partners on the shelves, especially when these partners are huge rivals themselves.

What’s interesting about Verizon’s open letter to Obama is that the device in question–the iPhone 4–is specific to AT&T’s network and isn’t the variant that’s sold on Verizon’s own stores.

“This case has no effect on Verizon because  the products at risk of being stopped at the border run on AT&T’s network, not ours,” Randal S. Milch, general counsel for Verizon Wireless’ parent company Verizon Communications wrote in an op-ed for the Wall Street Journal. “Verizon hasn’t taken a position on whether Apple or Samsung is right about their patent dispute.”

1. Taking the Consumer Side

As Milch was quick to note that Verizon wasn’t taking a position on whether Apple or Samsung was correct in its dispute, the carrier is taking the interest of the consumer–and its own–to heart. At the end of the day, if Apple or Samsung wins, it could mean the import ban of more products down the road. This would be bad for consumers as there are those who favor the iPhone while others prefer the Galaxy. As a business, Verizon wants to serve all of its customers’ needs, whether that is for iOS or Android.

If Apple or Samsung gains momentum in this fight, other products could be banned in the future, and those products may affect Verizon’s business. What if the iPhone 5 was banned? That would represent a huge blow to Verizon and its customers.

In asking Obama to intervene, Verizon wants to establish some precedents to prevent a similar situation from occurring in the future.

2. Getting Rid of Patent Trolls

It’s one thing to claim infringement if you have a competing product and someone else creates a knock-off to steal your research and technology, but a big problem in the tech community is patent trolls. Patent trolls assert claims of infringement but they have no products on the market, and often times the patents that they own are broad enough that these patents could be widely interpreted to cover any number of things. While patent trolls don’t have a product to care if a knock-off will affect their own sales, they care about import bans as a way to leverage and extort money.

Consumers are affected by this as it could mean products are delayed or banned, and if they become available these products may be expensive due to the added licensing costs.

Though neither Samsung nor Apple fall into this category, Verizon wants Obama to set clear precedent so that either the President or another agency can filter for patent trolls and help to promote innovation.

There are a couple types of patent licensing. One is for essential patents where the technology is essential to the way a product works. If Nokia, for example, were to license out its 41-megapixel PureView camera sensor from the Lumia 1020, that would be a major and essential patent. These licenses would cost a lot of money.

A second type of licensing is known as FRAND, or Fair, Reasonable and Non-Discriminatory. FRAND applies primarily to non-essential patents. Usually, when a company develops a technology and wants to make it an industry-wide protocol, it would put the patent into the FRAND category so rivals would drop their own patents and can more affordably license the winning design through FRAND terms. One example would be an LTE patent. We cannot have 100 different LTE technologies as there won’t be anything that would inter-operate with one another. This would cost too much, cause a lot of confusion, and would pretty much eliminate any hopes of roaming in the future over 4G networks. Instead, if a company, like Samsung, developed a major breakthrough with LTE, it could convince rivals, like Nokia Networks, to use that technology and turn it into an industry-wide protocol. In doing so, it would need to ask for a more reasonable rate. And if Ericsson, another builder of cell towers, wants to use that protocol, Samsung cannot ask for a ridiculously high amount from Ericsson because Ericsson may compete with Samsung in other areas.

In the case of Apple v. Samsung, the case does involve a patent based on a standard for 3G networking. As such, it should be covered under FRAND rules as it’s a standards-essential patent, but neither Samsung nor Apple could come to terms. Without a resolution, consumers may lose as sometimes there may not be another workaround solution, given that the patent in question is based off of an industry-wide standard that someone had patented.

Sometimes the patent in question is about something that’s not essential to the product. Though it’s hard to gather what Milch may be implying here, but we can think back to more broader Apple v. Samsung lawsuit where Apple was initially awarded $1 billion in damages. Here, Apple claims that Samsung infringed on some of its designs. While the designs may confuse customers, at the end of the day, Apple’s brand cachet is so large in the U.S. when the iPhone initially debuted that anyone who wanted an iPhone would be able to spot one in the U.S. market, or at least find one. Hallmarks to identifying an iPhone is the iPhone logo on the back, as well as the Apple logo, and as such, any other design claims that Apple may assert against Samsung, including copying the UI and the rounded corners, may be frivolous and non-relevant.

According to the law, the President can overrule an ITC decision based on policy reasons, though such actions haven’t been made since 1987. Right now, there are not much in history to draw from to make the next step, and Milch outlines three ways that the “White House can remedy this problem” through establishing set guidelines and principles:

• When the patent holder isn’t practicing the technology itself. Courts have routinely found shutdown relief inappropriate for non-practicing entities. Patent trolls shouldn’t be permitted to exclude products from our shores.

• When the infringing piece of the product isn’t that important to the overall product, and doesn’t drive consumer demand for the product at issue. There are more than 250,000 patents relevant to today’s smartphones. It makes no sense that exclusion could occur for infringement of the most minor patent.

At the end of the day, the case has no bearing on Verizon, but there are ramifications for future cases where Verizon may be affected. As such, the carrier is petitioning the President to set established guidelines to patents so that there is a clear resolution in the future in case there are disputes.

The Real Motive to Helping AT&T

Removing a competing smartphone-maker from the market or a competitive smartphone from shelves would also mean more power to the winning handset-maker.

And as it stands, carriers like Verizon and AT&T are already concerned that the success that Apple and Samsung have both experienced is already giving these device-makers way too much bargaining power. In just this instance, it becomes clear that keeping both players on store shelves would reduce the other’s powers in making demands. Apple’s success has allowed it to exclude any carrier branding on the hardware of the phone, for example, and carriers don’t really have a say on what carrier apps get preloaded. Samsung’s more recent success has allowed the company to dictate uniform packaging for all its smartphones so that the Galaxy S4 doesn’t ship in a standard carrier box.