The news comes by the way of The Verge who says Microsoft tipped them off about the coming application. Unfortunately, the app isn’t available in the Windows Phone store yet, however reportedly, it includes all the platform-specific features users have come to expect. That includes live tile integration so users don’t have to open the application to get the latest updates from Vine users. Users can also launch Vine from within the Windows Phone camera interface thanks to its built-in support for lenses.

Vine allows smartphone users to create short 6-second video clips that they can easily share with other friends using the Vine application. While users can record anything they want, videos uploaded to the service tend to be of the joke variety. For example, most of the popular videos on Vine involve pets doing strange things. 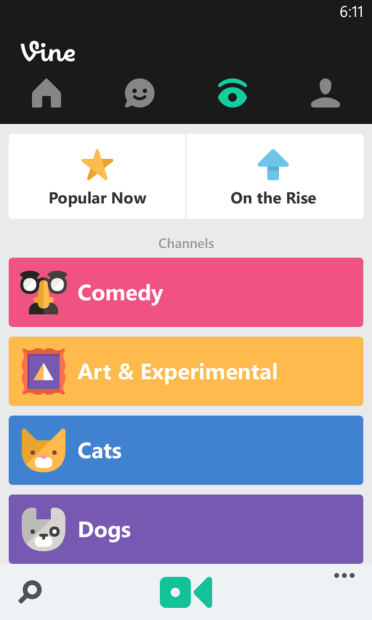 Although Vine is just launching on Microsoft’s mobile platform today, Windows Phone users have been able to get access to the social network through third-party applications like 6sec since earlier this year. In fact, Vine is a perfect example of the Windows Phone developer community filling an essential functionality gap. It’s unclear whether Twitter, Vine’s creator, will still allow 6Sec to access its back-end now that it has its own application for the platform.

Vine has been available on Android since June, and it launched on the iPhone this past January.