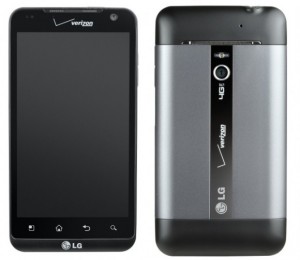 The LG Revolution, launched yesterday for consumer consumption on Verizon Wireless’s 4G LTE network, has now been rooted. The handset features a snappy Snapdragon processor at 1 GHz, Netflix integration out of the box, 4G LTE mobile broadband speeds, but the issue that some Android purists would have with this handset despite its very capable performance is the Bing integration. Rather than using the traditional Google search, Google Maps, and Google voice search, LG and Verizon Wireless has replaced Android’s native basic services for the Microsoft-made ones. Well no more as users can now viva la revolucion as hackers have managed to root the device.

If you’re comfortable enough with pushing ADB codes to your device, the root is fairly simple and involves only a few changes. You can follow the steps here. If not, well, you can wait around a bit longer–the strong Android development community will most likely arrive at an easier consumer-grade root solution.

A word of warning, though, if you decide to proceed, as the developer of the root says, “You will also need to understand this phone has no recovery, so there is way to back track at this point.”

After rooting, the possibilities are there, including reverting the Revolution’s Bing services to Google native ones.