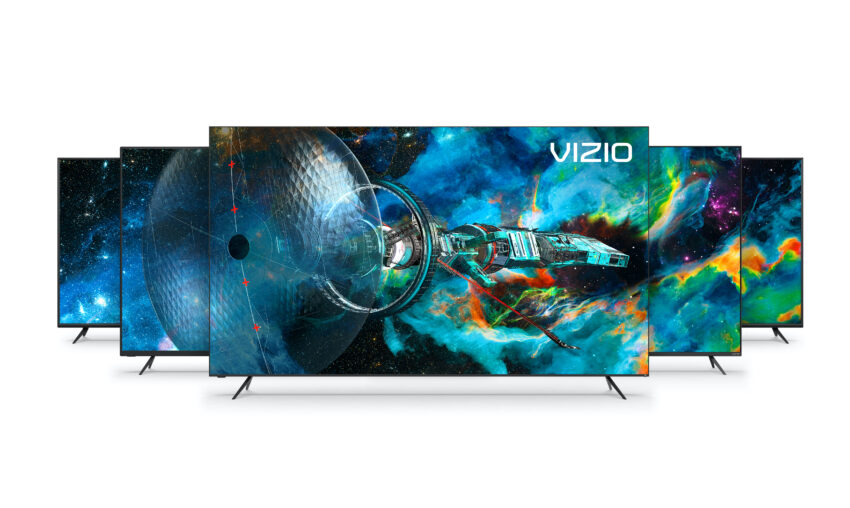 We’re seeing bigger and brighter 4K TV options including up to an 85-inch Vizio P Series Quantum X model, the first Vizio OLED 4K TV, and upgrades throughout the lineup including processor upgrades for a better experience and Vizio’s ProGaming Engine that can automatically set the best picture options for gaming. This is in addition to more local dimming zones for better pictures across the 2021 Vizio TV lineup. Learn more at Vizio.

With SmartCast 4.0, users get even more apps, better performance and there will be an Apple TV app added later this year. The TVs support AirPlay 2 and Google Chromecast, plus you can use your voice to control the TV with Siri, Alexa or Google Assistant.

The Vizio P Series Quantum is more affordable starting at $1,199.99 with fewer local dimming zones and a peak 1,2000 nits brightness. Both the Vizio P Series Quantum X and P Series Quantum use the new IQ Ultra processor and support variable refresh rate from 48hz to 120 Hz. These models include the new ProGaming Engine that automatically detects when users play a game. The system then automatically turns on higher refresh and low lag. The system supports AMD FreeSync and 4K Gaming up to 120Hz. These settings turn on when you play a game, and if you decide to watch a movie on your console or stream a show, the TV adjusts back to your chosen viewing profile.

2021 Vizio M Series models are available in two series. The MQ8 Quantum that are exclusive to Amazon and offers 90 local dimming zones and a peak brightness of 800 nits. The MQ7 Quantum Series are available at most retailers and offer up to 30 local dimming zones. All the Vizio M Series Quantum models include the IQ Active processor and support variable refresh rates up to 60Hz along with Auto Game Mode.

The 2021 Vizio V Series is the entry-level lineup, but you still get a nice collection of features including broad HDR support, the IQ Active Processor with V Gaming Engine to optimize gaming. These models don’t use local dimming, so you won’t see the same performance as the higher-end models, but the pricing reflects this. On the V Series, you get Doby Vizion, HDR10+, HDR10, and HLG support. This is a good option for a kid’s room, kitchen, or guest bedroom. 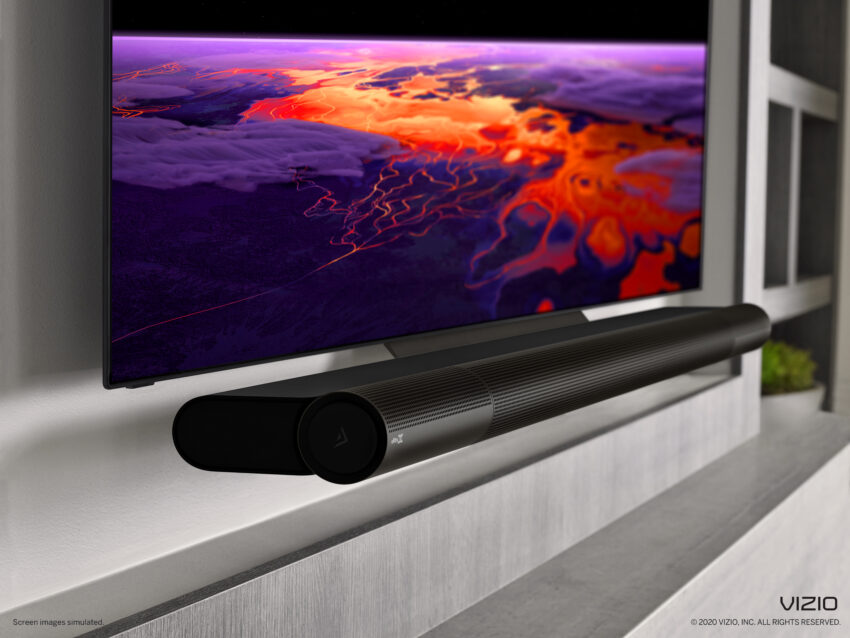 The 2021 Vizio OLED 4K TV and Elevate soundbar are designed to fit together perfectly.

For the first time this year, we’re getting a VIZIO OLED 4K TV. Vizio offers a 55-inch and a 65-inch model, both of which can dim at the pixel level for ultimate control of the picture. They pack in 800 nits of peak brightness and the IQ Ultra processor as well as support for variable refresh rate up to 120Hz at 4K. The IQ Ultra processor packs in the same Pro Gaming Engine from the P Series and P Series Quantum X, SmartCast 4.0 software, and the same support for AirPlay 2 and Chromecast. The Elevate soundbar is defined to fit right under this model and complement it with 18 speakers and Dolby Atmos support.

All the 2021 Vizio TVs use HDMI 2.1 and eARC, and every HDMI port on these models is the same quality. That means, there is no need to pick one best HDMI port to plug your favorite console or device into and then swap between.

Vizio announced the pricing and availability of the 2021 soundbar models including the V Series, M series, and the Elevate. The V Series is available in 2.1 ($179.99 and 5.1 ($249.99). The M series 2.1 is $149.99. Both the V Series and M Series include HDMI ARC. The Elevate features rotating speakers that change based on the content you are listening to. This allows for Dolby Atmos while watching movies, but a more traditional soundstage for listening to music.