Android tablets and phones make great media players, but they don’t play every format, which can frustrate users. There are multiple apps, programs, and services for loading or streaming video, but most aren’t as simple and streamlined as iTunes. Even Google Video doesn’t totally fit the bill.

That’s why when VideoLAN announced that they would bring VLC Media Player to Android, many rejoiced. But the hopes of an “early 2011” release were obviously dashed long ago. The project is still ongoing, it’s just not ready yet. The good news on that front is that a very early alpha version exists and you can try it out, if you’re brave. 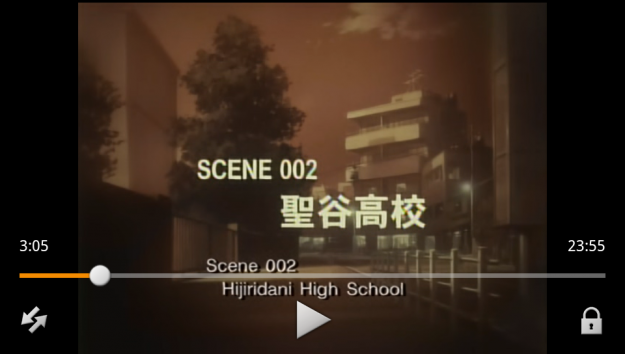 VLC for Android, like its counterparts on Windows, OS X, and Linux, will play almost any media format you throw at it. So no more converting files before transferring them to Android — just load it on the SD card and go.

Since VLC is open source, anyone can have a peek at the code and compile it. There are instructions on VLC’s wiki for compiling the Android version, and that’s what blogger Austen from cvpcs.org did. He created two APKs (app files) of VLC Media Player. Apparently the way VLC is coded right now, one version won’t work with all processors.

Figuring out which version will work on your device is a bit complicated for the non-techie amongst us. I didn’t even bother; I just installed one, tried to use it, then installed the second when the first did not work. For the record, the “NO-NEON” version works with Tegra 2 tablets. So far I’ve played a couple of formats that I couldn’t play before and it works. Huzzah!

Now for the inevitable words of caution. First, this APK was not compiled by the actual makers of VLC but a third-party coder who just wanted to see if it would work. Thus, this app is not only alpha, but it’s not even official. So you’ll get no support if it doesn’t work for you.

It’s also not a definite indication that VideoLAN will release the app soon. It’s mostly just some happy news that the code is viable, at least. Maybe we’ll get our VLC for Android in 2011 after all.