When Samsung announced the Galaxy Note 2 back at IFA in August, the company boldly proclaimed that it would be rolling out three Jelly Bean updates in the not-so-distant future. Of course, at the time, many wondered whether Samsung was telling the truth, or if it was selling promises to consumers like many companies do when up on a massive stage selling their products. Remember, that’s really what these big launch events are all about.

Samsung though quickly followed through with a few of those promises not too long afterwards. 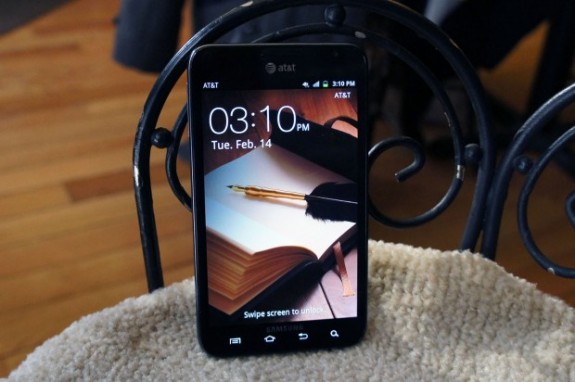 At the end of September, Samsung delivered the Samsung Galaxy S3 Jelly Bean update, much to the surprise of some owners who believed that “soon” likely meant a few months down the road. Turns out, it meant about a month. In the world of Android, that is indeed “soon.”

Since then, the Galaxy S3 has received another huge update in the form of the Android 4.1.2 Jelly Bean update, called the “Premium Suite,” that delivers some fantastic features from Samsung including the Multi-Window View multitasking feature that is prominent on the Galaxy Note 2. Owners in the United States don’t have access to the update yet but we imagine they will soon.

At the end of November, Samsung rolled out the Galaxy Note 10.1 Jelly Bean update. Maybe a little longer of a wait than owners expected but nonetheless, the Galaxy Note 10.1 is now running Android 4.1 Jelly Bean as its operating system. In fact, just a few days ago, owners of the U.S. model finally got their update a little over four months after the original announcement.

So, Samsung is now two for three. It delivered on the Galaxy Note 10.1 update and it really outdid itself with the update to the Galaxy S3, which it really seemed to key on, likely due to its popularity.

One of the original promises still remains unfulfilled however and that void just got a little bigger as the company decided to roll out the Galaxy S2 Jelly Bean update before finishing what it promised.

Several times we believed that a roll out was imminent. We saw the update leak and we also heard rumors that it would be arriving in the fourth quarter of last year. Samsung itself confirmed the update with a “Premium Suite” back in December but it did not specify when the software would arrive.

And now with January ticking away, Galaxy Note owners, particularly owners of the AT&T Galaxy Note, are wondering whether the rumors about an update in January were credible.

Remember, carrier attached versions of devices, specifically those in the U.S., often get their updates last. And the fact that the update hasn’t arrived for anyone means that it could be awhile before the AT&T Galaxy Note gets its upgrade.

Right now, February is looking possible for a roll out, at least on carriers. But even then, it will mean that the update will have come nearly six months after Samsung said it would roll out “soon.”

Look for the carrier to choose its words more carefully next time around.