The Watch Dogs reviews are in, calling the game a fun hacking challenge and it looks like it may live up to the hype and the $60 price. If you want to play Watch Dogs on your iPhone, iPad or Android device without paying for the full game you can download the ctOS app and go head-to-head with console players,.

The Watch Dogs ctOS app is free and requires no in-app purchases to play a watered down version of Watch Dogs on the iPad, iPhone and many Android phones and tablets like the Nexus 5, Galaxy S5, Galaxy Note 3 and others. The app also runs on the newest version of the Kindle Fire HDX 7 and 8.9.

While using the ctOS app gamers can’t play a full Watch Dogs game, but they can hack into the central system to stop friends and random gamers from completing tasks on the console. 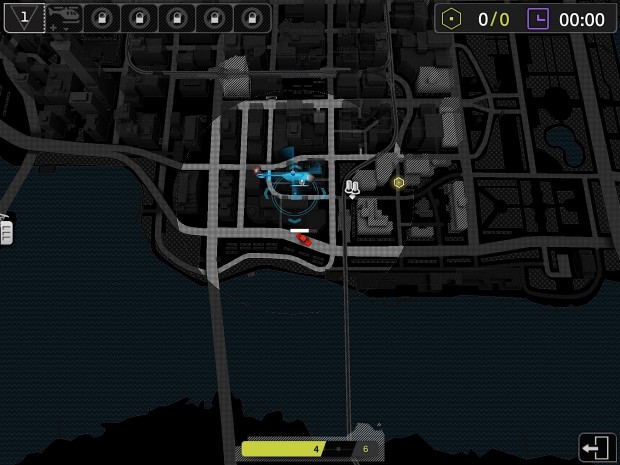 Play on the go with the Watch Dogs ctOS app for iOS and Android.

Gamers playing Watch Dogs on the console or PC will see a challenge to play against a mobile player. If they accept they will need to get through a variety of checkpoints to a goal. There is a race mode that includes shorter checkpoints and a time that increases as you move through checkpoints that the in-game GPS guides you towards. The Free Ride mode does not use GPS and is more challenging. As a console or PC gamer you need to hit the checkpoints and the goal while dodging hacks, police and snipers.

The Watch Dogs mobile gamer is in control of a helicopter that must track the other player around the map. With control over ctOS you can bring a sniper into play from the helicopter you control and earn heat points by keeping the suspect in sight. With heat points you can dispatch a variety of police vehicles to slow down the console gamer. You can also hack the city system to cause accidents at a stop light, throw up barriers and burst steam pipes. Your goal is to stop the console gamer from hitting checkpoints and a goal using hacks and the police as you see fit. 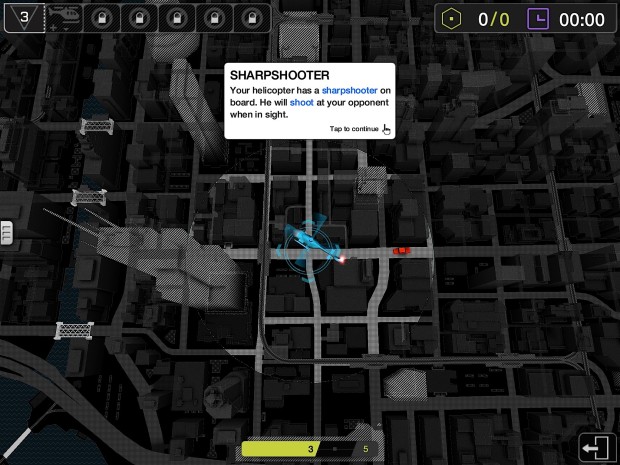 You can control a helicopter, police and hack the city to stop a console or PC gamer.

To get started you’ll need an Ubisoft UPlay account and you can connect to your PlayStation Network or Xbox Live account to find and challenge friends. You don’t need a PSN or Xbox Live account, but that is the only way you can play your friends without a lot of luck. With a free UPlay account you can enter a Quick Match and be matched up against a player on the Xbox, PlayStation or PC.

Although you can connect to your UPlay account and Xbox Live or PSN, your mobile profile doesn’t carry over to your console experience. Instead ctOS includes it’s own progressions system that allows gamers to level up on the mobile platform and eventually challenge more advanced console players.

The Watch Dogs ctOS app includes 26 challenges for you to play through, 13 races and 13 free rides. There is also an option to create your own challenges complete with weather, time of day and start position. 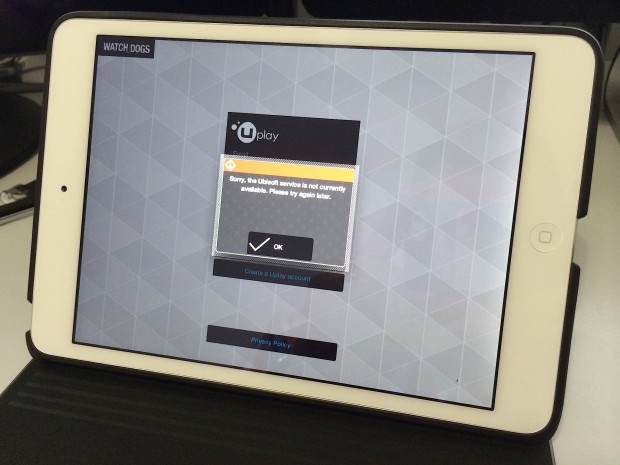 The game is error prone right now on the Watch Dogs release date.

Unfortunately there are some issues with the Ubisoft servers and despite nearly 50 attempts to play the Watch Dogs ctOS app against a console gamer we received a variety of cannot connect messages or sat at the Quick Match screen for nearly 20 minutes.