Time Warner Cable has launched a new iPad app that lets users watch live TV on the iPad and iPad 2 over a WiFi connection. The new app is available free in the iTunes app store and delivers 32 live HDTV channels to the iPad when connected to your home WiFi Connection.

Check out our iPad 2 Review

The TWCable TV for the iPad app (iTunes) launched this morning in the app store and after you install it and login with your Time Warner credentials you can start watching Live TV from a selection of channels which Time Warner promises is expanding. The app basically turns your iPad into another TV, though it has a few restrictions. 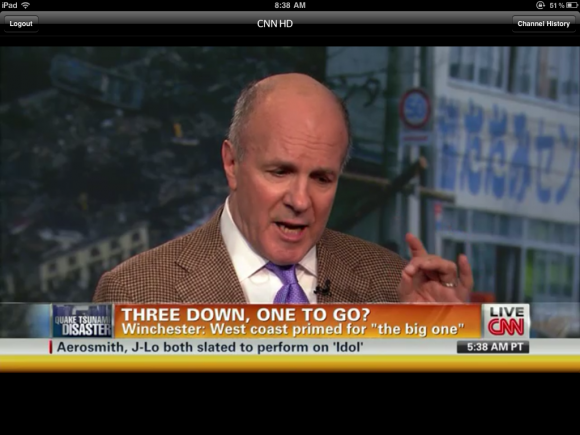 Watching Live TV on the iPad 2

TWCable TV for the iPad Features: 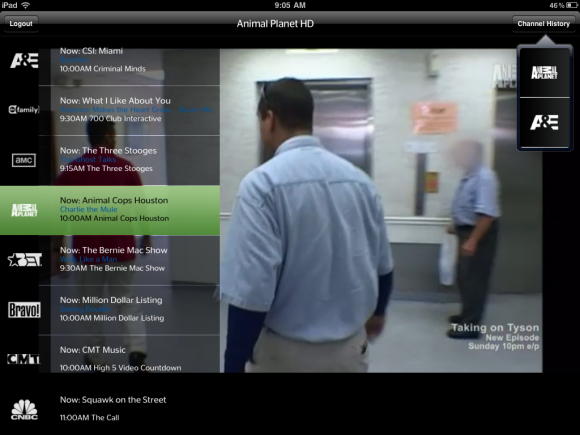 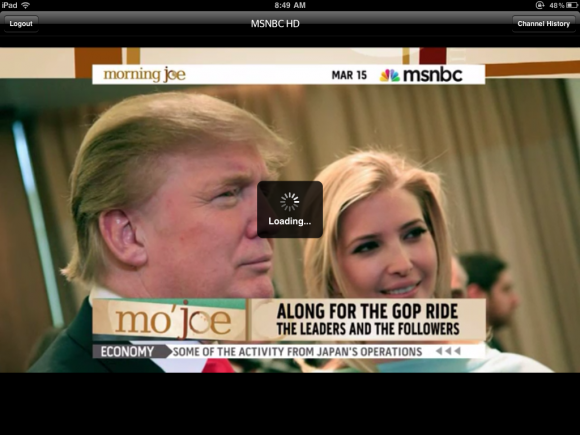 Loading occasionally happens, but not often enough to complain

The TWCable TV for the iPad app does a good job of delivering HDTV to your iPad, especially for a first release. The channel changes were pretty fast for the most part and we only occasionally needed to wait for a channel to load once it started streaming.

Channels: The TWCable TV for iPad app has the following channels available at launch.

The overall quality is pretty good, though we had some pixelation issues from time to time. Time Warner customers will be used to spotty quality anyway, so it’s not a dealbreaker. 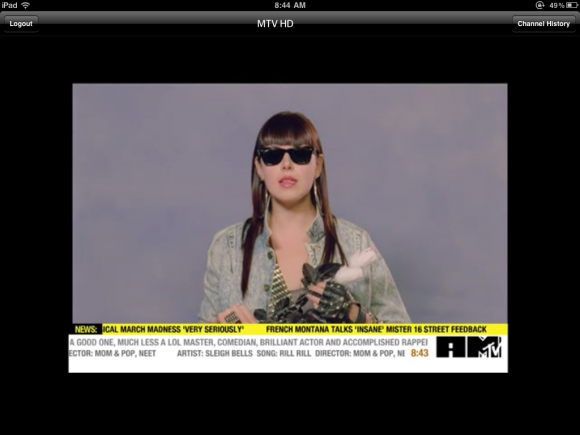 The video is letterboxed and occasionally the letterbox will get a 4:3 treatment leaving you to wach on half the iPad’s screen instead of anything resembling full screen, but that didn’t happen too often in our tests.

In order to use the TWCable App for iPad, you must have at least a Standard (Expanded Basic) TV package and Roadrunner Standard or higher. You can use the service with EarthLink High Speed or EarthLink Cable Max as well, but still need a TV package from Time Warner.

You also need to be connected to a Time Warner cable connection, so you won’t be able to use this app to watch at the airport or at your hotel while on vacation.

That’s the big catch, while many people have Time Warner Internet service, we know many users who have cut the cord, or who get their TV through satellite that would love to use this app, but are locked out since they don’t have TW Cable video service.

The good news is that those of us who have the minimum Time Warner Cable service won’t need to pay extra for the app or the live streaming, it is built right into the price that we already pay.