As a nearly lifelong Green Bay Packer fan I was glued to my seat watching the Super Bowl with 40 people in my church at our party after evening services. I’m an avid football fan and watch every year, but it is never as sweet as when your team is in the game.

The problem with being a transplanted fan there were really only a few other real Packer fans with me. The rest were just there for the spectacle and fellowship. Interacting with real Packer fans here in North Carolina during the game was not possible in person.

Unlike the last time my team played in a Super Bowl in 1998, the year John Elway took the Lombardi Trophy away from my Packers in a heroic performance, I had my iPad, Safari loading Facebook and the NFL.com page, and Echofon. I could interact with Packer fans who were in the stadium in Dallas, sitting with family in New York City, at another church fellowship hall in Green Bay, at a bar in Phoenix, my family back home in Milwaukee, and with a friend sitting with his family in Madison, WI.

We had fun tweeting and reading tweets. We posted Facebook updates. And I answered questions of my fellow church members about key stats or names of various players, via NFL.com. While watching the game, my Twitter friends and I laughed as we celebrated with a lot of witty comments, dissing the horrible Black Eyed Peas minus the auto-tune at the beginning of their “concert” and celebrating with each touchdown and turnover.

Possibly one of the sweetest parts of the whole modern Super Bowl experience was hearing the thoughts of players in the moments leading up to the game and then hearing the celebratory digital shouts afterwards. As a minister I loved reading Greg Jennings quoting a bible verse – Philippians 4:13 which says, “I can do all things through Christ who strengthens me.” And strengthen him indeed! Finally, Tom Crabtree, the rookie Tight End started going back and forth with numerous fans as he re-tweeted almost every fan’s comment about the young player and the Super Bowl. I never got one, but I’m sure he was inundated with them. 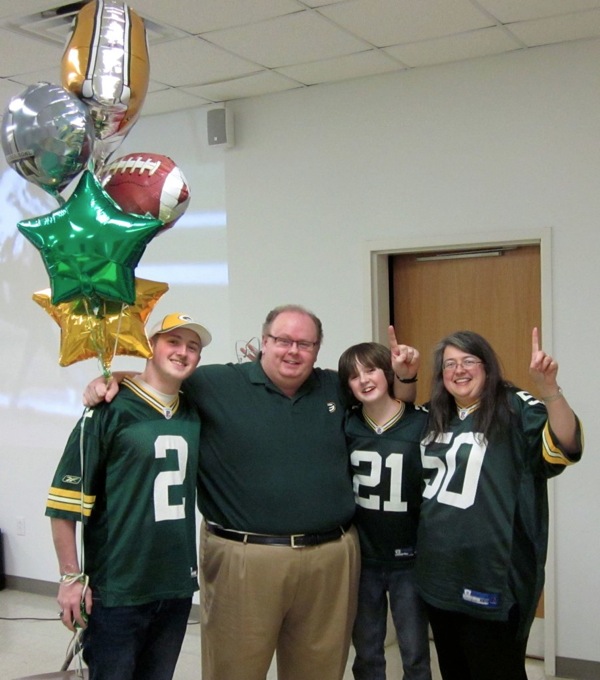 Watching the Super Bowl is usually fun. Watching my team win was incredible. But doing so with an iPad, Facebook and Twitter made the game even more enjoyable! I’m not alone; the folks at Gizmodo seem to agree.

For Steelers fans, I know what you are going through. I hope you are getting some much need catharsis via Twitter and Facebook as well. The world is so much smaller now thanks to mobile technology and social networks.