We're All Early Adopters on This Bus 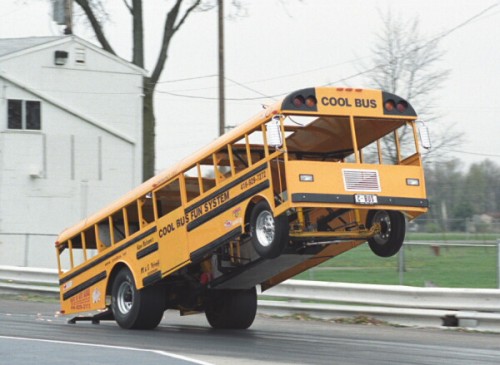 It used to be both fun and scary living life on the bleeding edge as an early adopter of gadgets, software and services. And, I guess in a way it still is. But increasingly, I’m thinking that the label “early adopter” applies to just about all consumers of gadgets and the like. I used to occasionally rant about BETA hardware, when I’d take a look at a review unit that you could tell was obviously a generation 1 device (or in some cases they could have been pre-BETA). On the software and services front the term BETA actually has lost any real semblance of meaning given its overuse by Google and others.

But the reason I think we’ve all become early adopters has more to do with the breath-taking pace of change in the mobile tech world these days. Life cycles of products (both hardware and software) seem to change almost overnight. It’s not uncommon for companies to launch a new service only to fail because of the rush of folks wanting to try it out. FlipBoard is the latest hyped up service that has failed on launch due to this. That said, I agree with quite a bit of the hype that it is indeed a game changer, but it needs to be able to handle the load if it wants to play the game. Heck, Twitter, which has moved from a product to a verb in its acceptance, still has enough problems keeping its servers and API running that it could almost be said to be an Alpha release. But its utility has proven useful enough to keep far too many Tweeting away. (Or at least trying to.)

The same is true of hardware, especially when it comes to phones and I’m guessing the same will be true of the supposed Tablet rush we’re going to see sometime in the future. Let’s face it, the hectic pace and cycle of launching these new devices (well, except for Tablets currently) is dizzying. And when a new smart/super phone is rolling out the door, you know the next version is quickly being geared up for its debut. Apple has its annual cycle with the iPhone and we don’t know how it will treat iPads going forward. We certainly don’t know how other Tablet/Slate wannabe’s are going to fare. Google is saying it wants to slow down its release of Android updates. To my mind, that might disappoint those who want the latest and greatest, but already we see devices being released that aren’t  running the latest pastry from Google because the carriers and phone OEMs have been on a different production schedule. Cries of fragmentation echo through the blogosphere and Dunkin’ Donuts wishes it could have gotten in on the game.

So, I don’t think I’m acknowledging anything new here, just pointing out where we currently are as I see it. Is it a good or a bad thing? I don’t know. Does it lead to a disposable culture? Perhaps. I’m thinking as we flit from one thing to the next, if we don’t find some sweet tasting nectar at that first stop or step, we simply move on. The promises of what’s to come are increasingly garnering cliché status. Is this some sort of new offshoot of Darwin’s survival of the fittest? Will those who succeed be the ones that have the resources to weather early problems brought about by a rush to release? Or will we just get tired of the rat race and all go home eventually? Francine Hardaway had some interesting thoughts on this yesterday that might be worth your while reading.

I’m not sure of the answers, but I do find the questions engaging.