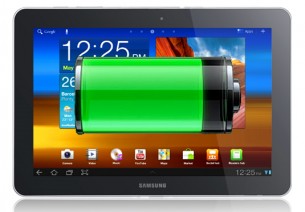 I’ve been moaning and groaning for quite some time now that hardware innovation in the mobile tech sector seems to have stalled. Most Smart Phones are indistinguishable from the next. Tablets are, well Tablets that all offer (again from a hardware perspective), basically the same functionality. Thin and ultra-portable laptops all want to be the MacBook Air and so now we have the Ultra-book category. My bottom line here is that there really isn’t much to distinguish one gadget from another in any class, if you’re talking hardware. Sure so and so has a better camera and this one has a better screen, etc… but that’s all about preferences and not at the core. In fact, often those type of innovations often hurt battery life as they are stuffed inside the devices that get stuffed in our pockets.

Software is another story. iOS 5 is a very nice evolution for Apple. Ice Cream Sandwich looks to make some improvements for Android lovers. The Nokia/Microsoft partnership has a lot of folks excited. Heck, there are even folks saying nice things about Meego on the Nokia N9, even though it may be the last of the Meego phones. So, software innovation continues and probably will for some time to come.

But the one place that manufacturers really need to focus on in the next few years is battery life and how it is affected by all of these wonderful always connected services that the software and services folks keep pushing on us. That translates at a base level to how the radios in our devices interact with the networks. With 4G steadily making inroads at the same time that developers keep seducing us with Apps that can do wonderful things when we are connected, it seems not just counter intuitive, but counter productive to be slapping all of this into a gadget package and touting those features.

If history holds true, this will get corrected in time. It happened as 3G rolled out and eventually we saw decent battery life begin to become a standard. Unfortunately though, that happened about the time that 4G became the next big thing, and of course that’s where the resources all went to as well.

I know that hardware folks are working on solving these issues and hope they continue that focus. It is obviously a mix of working on the efficiency of the radios and the efficiency of the battery. There’s some software work in there as well to make sure everything is optimized appropriately. I also know that this isn’t easy work to do. And even if manufacturers can get things tuned to offer decent battery life, there is still the big scary world out there that includes users who do things with their gadgets that no one thought was going to happen. But that hard work is necessary.

Until advances are made on these hardware fronts we’ll be continually treated to week after release stories about poor battery life and how to tweak your shiny new gadget to get better battery life. Companies that make extra batteries and other power solutions will continue to stay in business.  All of that is well and good, and largely accepted at the moment. Here’s hoping that manufacturers look at this as the next big frontier that they need to conquer.