Earlier this year, Samsung replaced its Galaxy S3 flagship with the Samsung Galaxy S4, a big time smartphone that arrived in April on a host of carriers in the United States and around the world. The device has been battling with the likes of the iPhone 5 and HTC One for months now though it will soon be joined by another Samsung device in battle.

Last year’s Galaxy Note 2 was a darling and it was scooped up by buyers all around the world thanks to its powerful S Pen, its useful multitasking, its beautiful display, slim design and solid camera. The Galaxy Note 2 remains one of the top devices on the market though it’s going to be replaced later this month by a new Galaxy Note, the Galaxy Note 3.

It includes a better display, an improved camera, 32GB instead of 16GB, a better S Pen experience including a new function called Air Command, enhanced multitasking, a slimmer and more lightweight design and a newer version of Android. It’s a nice that will be a great addition to the Galaxy family and one that will live on well into 2014.

The Samsung Galaxy Note 3 boasts a vastly different design from the Galaxy Note 2. First, we’ve seen it tweak the design to make it lighter and thinner, something that the company also did with the Galaxy S4. We also saw it shift from a plastic back to a faux leather back that is a massive change over the previous Galaxy Note models and really, any of its other releases.

This tells us two things about the Galaxy S5 design. One, Samsung will likely tweak the design as far as dimensions are concerned. Will it be thinner and lighter than the Galaxy S4? Perhaps. But at the very least, don’t expect it to keep the same exact dimensions. Samsung is constantly working to improve its designs and so we should see some changes in that area next year. 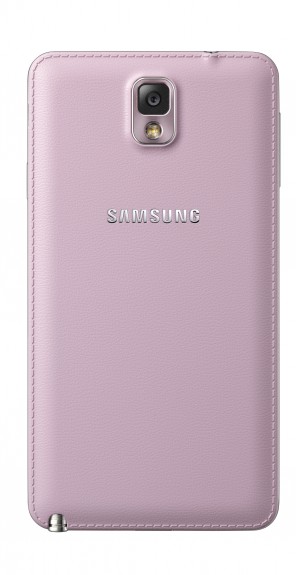 A new faux leather back for the Galaxy Note 3.

More importantly though, the use of this faux leather material is a sign that Samsung is looking at alternatives to its usual polycarbonate plastic. For years, Samsung has defended its plastic designs even as competitors like HTC and Apple released smartphones with premium feel aluminum form factors.

There have been rumors that the Galaxy S5 could usher in a new era of Samsung designs. And given the Galaxy Note 3’s design, it seems like that is a distinct possibility. Will the Galaxy S5 be made of metal? We can’t be sure but we wouldn’t be surprised to see it made out of something other than polycarbonate plastic.

After hearing it from Galaxy S4 16GB owners who were stuck with 9GB of storage taken up right off the bat and a microSD card that didn’t allow every file type to be moved on board, Samsung seemingly did away with the 16GB Galaxy Note 3, a staple since the device launched in the United States back in 2011. In fact, carriers in the U.S., up until now, have only offered 16GB models. 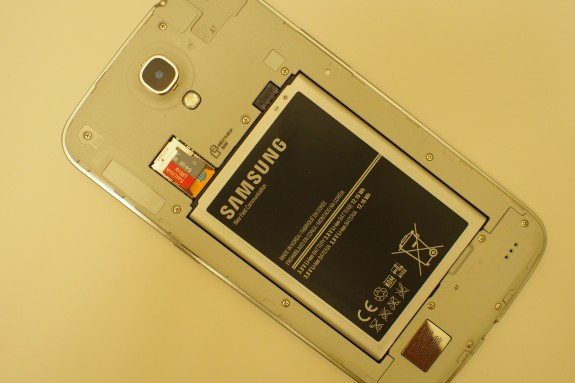 Look for the Galaxy S5 to have better storage options.

That all changes with the Galaxy Note 3 as the company is now expected to offer 32GB and 64GB models with microSD card slots. It’s a sign of the times. App sizes are getting bigger. Mobile games are becoming more powerful. And on board operating systems are becoming bigger and better. Users simply need more space, even if there is a microSD card involved.

It’s clear why the company moved to offer 32GB as the base storage amount for Galaxy Note 3 owners and we wouldn’t be surprised if it moved to do the same with the Galaxy S5.

Unsurprisingly, the same carriers that carry the Galaxy S4 and the Galaxy Note 2 will be taking on the Galaxy Note 3. That means AT&T, Sprint, T-Mobile, U.S. Cellular and Verizon in the United States will be offering the device come October.

It’s a sign of commitment and success. Samsung’s Galaxy S and Galaxy Note series are big time devices that generate sales for these carriers. And even with reports of Galaxy S4 sales stalling, we can’t see these carries passing up the opportunity to launch a big time Samsung smartphone like the Galaxy S5 in the beginning half of 2014.

Not only is Samsung the biggest name in Android but the Galaxy S5 will give carriers a fantastic device to hold them over until the iPhone 6 arrives later in the year.

One of the things we saw Samsung do with the Galaxy S4 was announce a host of new software features including features like Smart Scroll and Smart Pause and Galaxy Note like features like Air View which allow users to hover their finger over the display to preview an email or even silence a call by waving their hand.

With the Galaxy Note 3, instead of a host of new features, we saw Samsung focus on the core elements of the Galaxy Note software and improve upon them. For instance, the company upgraded the device’s Multi-Window View function and users can now pair up multiple windows of the same app. The company also enhanced the S Pen experience with a new S Pen and a new way to access the Galaxy Note 3’s core apps, something that the company calls Air Command.

So instead of focusing on gimmicky features or brand new features for the S Pen, there are a few but not a lot, the company focused on the good stuff that it already had in place while making the features easier to access and use.

Samsung also has a good core with the Galaxy S4 so we wouldn’t be surprised if Samsung takes a similar approach with the Galaxy S5. Hone in on the features that are already on board and improve them and make them easier to use.

The Galaxy Note 3 has ushered in a new era of Galaxy cameras as the device brings 4K video recording to the table, something that the Galaxy S4 does not have. This feature allows users to record video in 4k, which means users can share their favorite moments in the new standard for HD. Users will of course need a TV that supports 4K.

With 4K becoming the new standard, we can’t help but think that the Galaxy S5 will have 4K video recording on board when and if it arrives on shelves next year.

The Samsung Galaxy Note 3 is coming with LTE Advanced on board right from the get-go which means it won’t need a special model that launches in the months ahead like the Galaxy S4 that arrived with LTE Advanced support just a short while ago.

The inclusion of this technology likely means that the Galaxy S5 will have it from the outset which means that it will be able to pull down faster LTE data speeds in areas where carriers have LTE Advanced live.

U.S. carriers are going to be upgrading their networks though it’s clear that there won’t be widespread support by the time the Galaxy S5 arrives in the United States next year.

Finally, after years of launch events that produced only a fraction of the release date details, Samsung took charge. The company has been getting progressively better at issuing specific release details at its launch event and the Galaxy Note 3 is a sign of the times.

At the event, the company announced that it would be going on sale in over 140 countries on September 25th and also announced that the Galaxy Note 3 would be landing in the U.S. in October.

We also saw carriers immediately confirm the device, even Verizon who has been notoriously slow at Galaxy launches. In fact, Verizon is going to be offering a pre-order just a few days after the Galaxy Note 3 launch.

This is a sign that we could see the Galaxy S5 release details emerge at the event and release dates come quicker than they ever have, particularly in the U.S., a battleground that Samsung clearly wants to win over.

Samsung loves to put the latest version of Android on its flagship devices, the Galaxy Note 3 has the Android 4.3 Jelly Bean update stock, and we would be shocked if the company didn’t continue that trend with the Galaxy S5 and Android 4.4 KitKat. 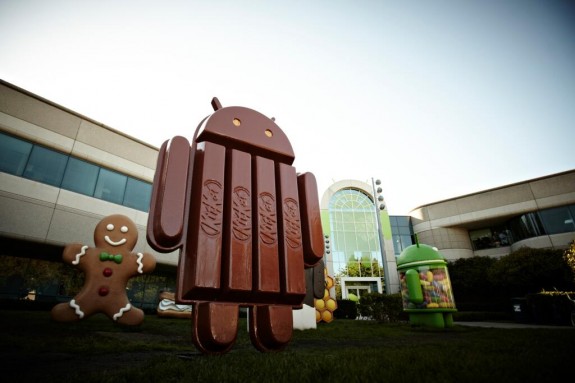 Android 4.4 KitKat is Google’s next version of Android.

Android 4.4 KitKat is Google’s next version of Android software that is expected to touch down with the new Nexus smartphone later this year. Samsung typically gets its Galaxy S phone out in the second quarter which likely means that Android 4.4 KitKat will be the software on board the Galaxy S5 when it arrives.

Samsung took a ton of time to detail the many Galaxy Note 3 accessories that will be available for the phablet when it arrives later on in the year. It did the same with the Galaxy S4. 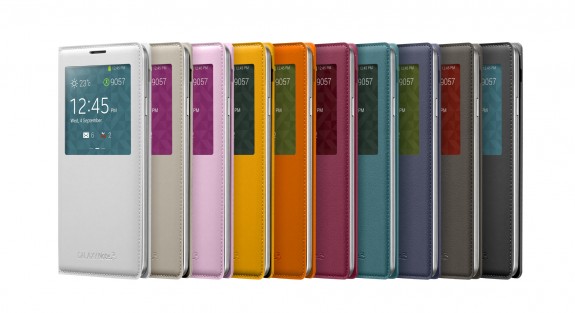 We expect accessories to play a role with the Galaxy S5 launch as well and we wouldn’t be shocked to see the company continue this trend of offering a bunch of official accessories for its flagship devices.