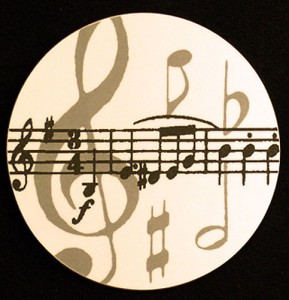 Shakespeare has Orsino begin the play Twelfth Night with the line “If music be the food of love, play on.” And certainly listening to music is a big part of many lives. Our music tastes define us both to ourselves and to others. And, like the choice of our mobile devices, we are probably entering into a era that sees us define ourselves by which music service we use. There are options to choose from that involve all sorts of choices about how we spend our money on tunes, and how we access those tunes.

The choices begin with whether you choose to purchase or “rent” your music. I’m still in the purchase category these days but I use other methods for discovery. If you choose to purchase your music there are now the three big “music locker” approaches to choose from offered by Apple, Amazon, and Google. Each of these is tied to an ecosystem, if not at the center of one, and each offer some different options.

Apple’s iTunes has been the reigning king of purchased music and the music industry in general, but Apple is seeing increased competition with services from Amazon, Google, and other services like Spotify, Mog and Rdio, and then of course there is the ubiquitous Pandora. There are other services out there as well and this post isn’t intended to cover them all.

Now that Apple has come forward with iTunes Match, a cloud service that allows you to quasi-stream music you own from its iCloud, iTunes users seem to have moved a bit farther from the days when using your own music on multiple devices was a real chore. Apple’s iTunes Match differs from Google and Amazon’s offerings in that you don’t have to do as much uploading to be able to listen to your music via the cloud. For a $25 annual fee, if your song exists in Apple’s large library then you can listen to it via the iTunes Match, or download it again (in higher quality in some cases) to your device.

Google’s Google Music service, like Amazon’s, requires you to upload your library to Google’s servers. You can then access that music via your devices with your Google ID. Google also now allows you to purchase music to add to your library. For Indie music producers Google is also now in the business of allowing self-produced works to be uploaded and marketed and I’ll be interested to see how that plays out in the long run.

Amazon’s MP3 service has been around for awhile and though I have been using iTunes as my repository of music, I’ve been doing my purchasing through Amazon for quite some time. Primarily because Amazon moved to DRM free tracks first. Amazon does require you to upload your music to its cloud, and if you’ve got DRM protected tracks (say from iTunes) you will find that they won’t work with Amazon’s system. With the advent of the Kindle Fire, Amazon looks like it is positioned to make a move here.

(Side note: If you’ve got a large library of songs and want to use Amazon or Google’s services, my suggestion is to do your uploading overnight. It can take awhile depending on your connection.)

Now here’s where some choice is involved. If you’re hooked into iOS, then you can use Apple or Google’s services. Yes, there’s an iOS App for Google Music. But Amazon doesn’t have an App for that yet. If you use an Android device than you can use either Google or Amazon’s services. And if you’re a Kindle Fire user, we’ll at the moment, unless you’ve rooted your Fire, then you can only use Amazon’s service. Of course if you’re on a desktop or a laptop, the world is your musical service oyster.

And then there are the “rental” or subscription services. Spotify is growing and growing a following. I use it for discovery, but don’t really use it beyond that at the moment. To use Spotify on my mobile devices I need to fork over a monthly fee, and at the moment that just doesn’t appeal to me. I’ve never been a subscriber to any of these services simply because there are other ways to discover music, and the stuff I like I enjoy owning. But, I know there are many who would rather pay a monthly fee and have access to all the songs they can eat. Mog has a loyal following, but doesn’t seem to get the hype the other services do and Rdio, from what I see and hear is in the same boat, although its followers are almost rapid in their praise of it.

Pandora has become ubiquitous. Like Facebook it seems it must appear on any new gadget. While I enjoy that Pandora’s service, I find that it’s discovery engine never really worked all that great for me after the first several cuts.