Every week we learn about a new Android smartphone, packed with a speedy dual core processor, new tech and in the case of the Galaxy Nexus — Ice Cream Sandwich.

When looking at the Samsung Galaxy Note, which has a 5.3″ display, we asked How Big is too Big?, which sparked conversations with many high demand users I know. These Android fans are looking for a new phone, but want to know, where are the pocketable Android smartphones? 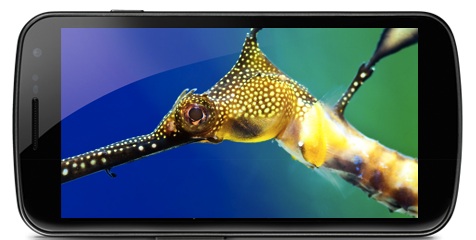 The Galaxy Nexus display is too large for many users.

I recently talked to one Android user who is contemplating the iPhone 4S because he wants a next gen phone that is compact. Up until a week ago, this user was set on getting the Galaxy Nexus, but the 4.65″ display is just too big. He asked me if I knew of any smaller display Android devices coming down the pipe, but I couldn’t think of any high-end Android device with a screen less than 4.3 inches.

Currently, Android manufacturers a race to have the best phone, a phone that can compete with the iPhone 4S for marketshare. In this race to the top, Samsung, Motorola and HTC are focused on delivering the biggest screen. Thankfully this time around we are seeing resolution take stage too, but what we aren’t seeing is any new small or compact Android smartphone.

Android smartphones clocking in under 4″ are targeted directly at women, like the HTC Rhyme, or shipping with older processors that don’t interest power users.One reason the iPhone has enjoyed such great sales is because it appeals to both men and women, and packs in many high level features in a small package. One of the great things about high resolution displays, is the ability to show more information on a smaller screen.

Will we see a Droid Incredible 3 with everything these users want?

In the end, these users are basically asking for the HTC Incredible 3, with a dual core processor, 4G LTE and no screen size bump. We had heard some ramblings of a December release of the Incredible 3, following a May Droid Incredible 2 launch, but nothing since then.

This should allow Android device manufacturers to deliver a device with a 3.5″ to 4″ display that shows more on the screen than on the 4.3″ screens of devices that came to market just a few months back. This same technique allows the MacBook Air to show a lot of information on the 11″ and 13″ displays, more than you would typically see on a 13″ notebook. 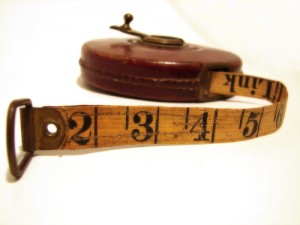 4.3″ is just right for me, but I am enjoying the more pocketable size of the iPhone 4S, which makes up for the smaller screen with a higher resolution Retina display. At this point, we’ll have to wait for CES to get a glimpse of any Android smartphones that pack NFC, dual core processors and Ice Cream Sandwich into a body with a small screen. Hopefully at least one device will bring these speedy internals to market with a 4″ high resolution display.

Are these individuals in the minority? Or are you looking for a high-end Android smartphone with a 4″ display too?