Today, after months of rumor and speculation, Google announced the new Nexus 7 tablet that will be coming to replace the current Nexus 7 in just a few days. Given the new Nexus 7’s upgrades and the success of the Nexus 7, there will likely be more than a few consumers looking to buy Google’s new Nexus tablet and fortunately, Google has offered up information about where to buy the new Nexus 7.

The new Nexus 7 is official with confirmation arriving at today’s Google event. The new Nexus 7 will be replacing the older Nexus 7, a device that arrived back in July of 2012, and one that has been one of the staples of the Google Play Store for over a year. The device will also carry Google’s banner into an upcoming battle against the iPad mini, Kindle Fire HD and their likely successors, rumored to be the iPad mini 2 and Kindle Fire HD 2. 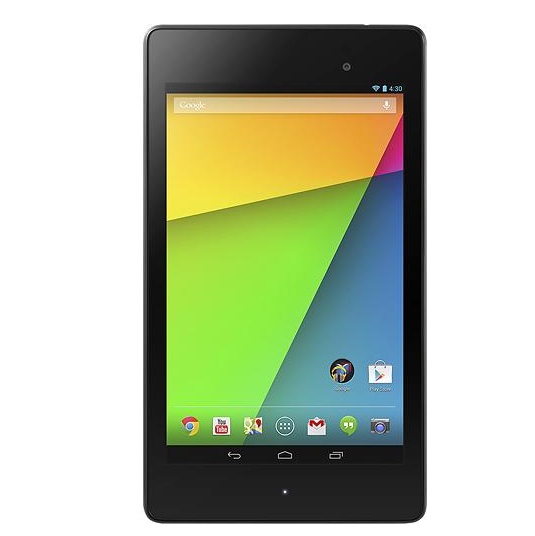 The new Nexus 7 will be coming to shelves next week.

Lucky for consumers, on paper, the Nexus 7 2 is shaping up to be quite the 7-inch tablet and should be an attractive option only right now, but in the months to come.

Google’s new Nexus 7 2 will also run Android 4.3, like the older Nexus devices, an update that doesn’t completely replace Android 4.2 Jelly Bean but instead, offers some smaller upgrades to hold device owners over until Google pushes out the rumored Android 5.0 Key Lime Pie update.

Needless to say, the Nexus 7 2 is an attractive device much like the Nexus 7 was and prospective buyers are likely going to be in the hunt for the Nexus 7 2 when it arrives in just a few short days.

In an effort to help, here, we take a close look at where to buy the new Nexus 7 when it arrives on shelves next week.

Where to Buy the New Nexus 7

Unlike most Android events, Google coughed up all of the details in regards to the new Nexus 7 tablet including release dates and pricing. This is almost unheard of in the Android world so it should be something that has prospective Nexus 7 buyers excited.

What’s more is that Google made it a point to announce that the new Nexus 7 will be coming to more retailers than the original, meaning, shoppers should have an extremely easy time finding a store that has one in stock.

Google announced today that the Wi-Fi version of the new Nexus 7 would go on sale, as expected, on July 30th. The device will be available starting at $230 and will also come in 32GB form for $270. Both prices are $30 more expensive than their counterparts found on the older Nexus 7.

The devices will both be available on the Google Play Store starting July 30th though they will also be available in a tremendous amount of retailers on that day as well. 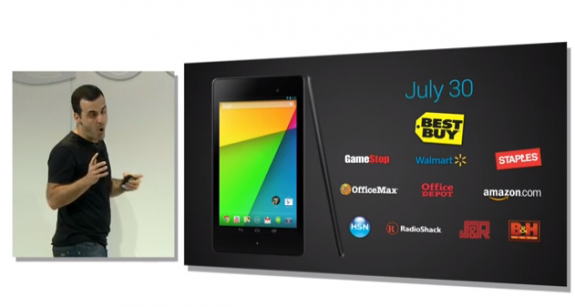 The new Nexus 7 will arrive on July 30th.

The older Nexus 7 wasn’t exactly limited when it came to the number of retailers that offered it but the new Nexus 7 does put it to shame. Google announced today that the new model will go on sale at 10 different retailers in the United States including Best Buy, GameStop, OfficeMax, Staples, Amazon, RadioShack, Walmart, Office Depot, B&H, J&R and HSN (Home Shopping Network).

Consumers should be able to find the device both through online shopping portals and in physical retail locations.

The Nexus 7 will finally get LTE support as Google announced that it will arrive unlocked on three carriers in the U.S. including AT&T, T-Mobile and Verizon. The new Nexus 7 LTE will only come in 32GB form and it will arrive for a steeper price tag of $350 which means it will only be $20 more expensive than the 16GB Wi-Fi only iPad mini. 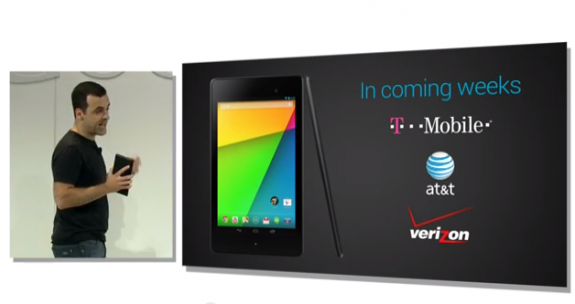 Google did not give the LTE Nexus 7 a specific release date.

Oddly enough, Google failed to confirm a release date for the LTE model saying that it would be arriving in the coming weeks, without mentioning any sort of time frame. Because Google didn’t offer a specific quarter, say Q3 or Q4, we imagine that it’s probably telling the truth when it comes to the “weeks” part.

The company did not say where it would be sold, but it should arrive on the Google Play Store like the other models. AT&T and T-Mobile stores never sold the Nexus 7 so there is no guarantee that it will be available through those outlets but at the very least, it will be sold by Google.

Confirmed are Canada, United Kingdom, Japan, Australia, Spain, South Korea, France and Germany. All of those countries will see the new Nexus 7 arrive in the coming weeks with no specific date specified.