In addition to announcing the two Motorola Droid Xyboard tablets, the follow-ups to Motorola’s Xoom tablet, Verizon also confirmed that it would be offering a white version of its current flagship Android device, the Motorola Droid RAZR. The device, obviously, will be the same device as the black colored one which means you’ll be getting a dual-core 4G LTE smartphone packed into a 7.1mm thin frame.

It will cost the same too.

Those of you looking to pick one of these up for the holidays will have to fork over $299 of your hard earned cash in order to get the white Droid RAZR. You’ll also have to sign your name on the dotted line and buy into a two-year contract on Big Red. 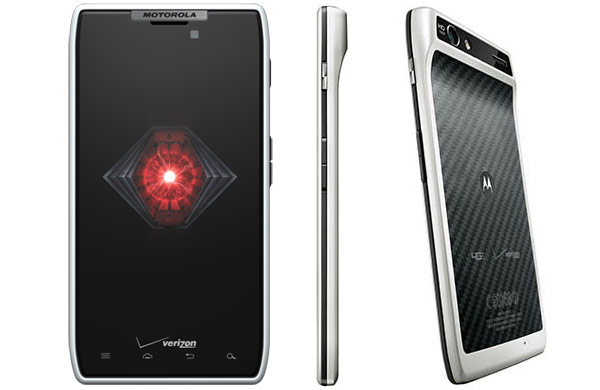 The price is certainly steep and it doesn’t help that there are a bunch of alternatives like the Galaxy Nexus and HTC Rezound that you’ll want to look at before you take the plunge.

No word on when you’ll be able to do that though as Verizon has unsurprisingly stayed mum on a release date.

Read our review of the Motorola Droid RAZR.