Who said Sprint was going to be the only one getting a white Galaxy device from Samsung in the days ahead? Not us. That’s because there is a white version of another popular Galaxy phone that will be arriving come February. That device of course is the much talked about Samsung Galaxy Nexus which will be coming in white to a few retailers, at the very least, next month.

The unfortunate thing is that both of those retailers, Clove UK and MobileFun are based in the United Kingdom and there is no word if any retailers in the United States will hop on board in the future. Those in places not called the UK should be able to import one though if these are, as we suspect, pentaband.

And even though that might be disappointing, you do have some pricing and an exact release date to look forward to should you be interested in such a device. 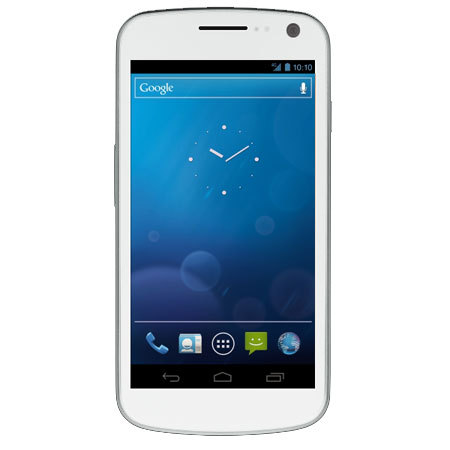 MobileFun will have the white Galaxy Nexus in stock on February 2nd and will be asking for £519.95 for a 16GB model. Clove will be offering the phone up a few days later, on February 6th and it will be a little cheaper with a price tag of £498.00. Both of these are for the GSM version and not the 4G LTE model that currently calls Verizon home here in the U.S.

No word yet on whether or not the 4G LTE will come in white but knowing Samsung, we will probably see something launch in the days ahead.