Why Are So Many EVO 4Gs Being Sold in 4G-less Areas? 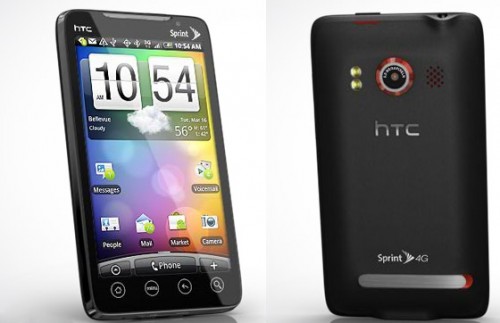 The success of the EVO 4G has exceeded just about everyone’s expectations. Many Sprint stores are sold out of the device or have a pretty lean inventory. We’re all being hammered with Sprint’s ‘First’ advertising campaign and a day doesn’t go by that I don’t see at least a handful of the devices out in the real world. Both geeks and average consumers seem to be picking up the device at a fast clip. There’s only one problem: Sprint doesn’t offer 4G in most areas.

That’s right, you simply can’t use the killer feature that Sprint is bragging about so much in its marketing material in most metro areas. I’ve seen countless EVO 4Gs here on the streets of San Francisco, which is a 4G-free zone. The nearest Sprint 4G coverage to here is 130 miles away in Merced, CA. I’m sure it’s a perfectly nice town, but like most Californians I’ve never visited.

As in California, most states have sparse 4G coverage. A quick look at Sprint’s 4G info page shows that only a handful of cities in select states are in the coverage area. Texas, Goergia and the Northwest get the most love. Unofficial pockets of 4G are popping up in some metro areas as Clearwire lights up new towers, but Sprint is giving itself until the end of the year to officially launch coverage in San Francisco, New York and other cities.

As a geek and longtime Sprint customer I completely understand the urge to rush out and buy an EVO 4G. But I don’t think it’s a wise decision to buy the device and wait several months until you can actually (maybe) take advantage of its unique features. By the end of the year I’m sure Sprint will introduce more 4G devices, making the EVO 4G look a little stale.