I long ago stopped getting excited about Twitter and Twitter clients. Twitter clients are so numerous that checking them all out could take the better portion of a lifetime. Talking about the things that Twitter does wrong is akin to doing the same thing about AT&T, Facebook, Comcast, Apple, Exxon, the airlines, or name your favorite big corporation. For some reason we’re continually burdened by companies that make products and services that we love to use that love to smack us in the back of the head when we aren’t looking. They seem to thrive on ticking of their customers. They must thrive on being abused because they continue to do take actions that attract it. Of course we are just as masochistic because we continue to let them screw with us. 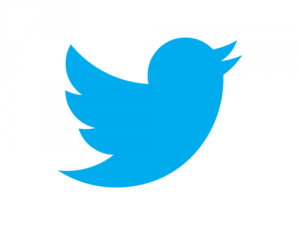 But, here I am writing this post, simply because, well, simply because I don’t get what Twitter could have been thinking when they jettisoned the previous iPad design concept for what they unveiled today. Well, let me rephrase. I know Twitter is an process of trying to create some sort of visual standard that they want to enforce on the 3rd party clients. Boring is better in the minds of the Twitter honchos. So, on that level it makes sense to make its own clients look the same on the iPhone and the iPad. The problem here is that what they’ve done to the Twitter App on the iPad makes it an App that ignores the hardware and user experience that comes with it.

One of the changes is that you can no longer tap or click on anything in a Tweet without first expanding the Tweet. This strikes me as some sort of way of measuring or collecting Tweet views that is as annoying as slide shows on websites.

I know Twitter has to find a way to make money. The problem here looks to be two-fold. First, they seem to be unable to do so without antagonizing its users and the many developers who helped make it what it became. Second, Twitter has already made the decision to screw over the users and developers on its quest to find a way to make money. So, on that score, anything goes. Including debuting the new facelift on The Today show today. Really? Give me a break. But then New Coke probably got a mention on The Today Show too.

If ever there was a case of how something so promising could conceivably turn into something so wrong, Twitter is it.