In October, Apple pulled off a little bit of a shocker when it announced the new iPad fourth-generation, a device that was announced less than a year after Apple debuted the third-generation iPad, a device that I bought on its first day of availability. And while quite a few people were peeved with the arrival of a new iPad mid-cycle, it hasn’t bothered me in the slightest and I’ll be keeping my iPad third-gen until the arrival of the iPad 5.

The arrival of the new iPad fourth-generation caught some new iPad owners and buyers off-guard and likely made many wonder whether an upgrade was necessary. For some, it might be. For others, like myself, sticking with the third-generation iPad makes a whole lot of sense. In fact, the thought of upgrading to the new iPad wasn’t even up for internal debate.

Read: iPad Fourth-Generation Back in Stock at Apple. 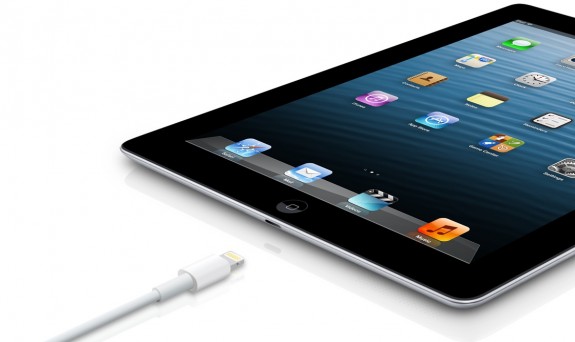 Sure, the new iPad offers some pretty intriguing features but in my opinion, none of them are compelling enough to make me sell my third-generation iPad and shell out another $500 or more dollars for a new model.

Here’s why I didn’t even think twice about upgrading to the new iPad fourth-generation and will be keeping it as my main tablet device.

With the third-generation iPad, I started to use my iPad a whole lot more. As I’ve said many times, that was due, in part, to the device’s Retina Display which makes gaming, watching movies, and reading books a pleasure because of its resolution. However, even though my use cases increased with the new iPad, I still don’t find myself leaving the house with it too much.

At 9.7-inches, it’s just far too big to bring around with me all the time and given that my iPhone 5 now has 4G LTE and a larger screen, it’s even less likely that I’ll be taking it out of the house.

4G LTE on an iPad mini or Nexus 7? Now that I could buy into.

Back when the iPad third-generation came out, I wrote an open letter to Apple asking them to upgrade the one camera that matters on the iPad, the front-facing camera. And apparently, they listened because they outfitted the new iPad with an HD front-facing FaceTime camera, same as the iPhone 5.

Of all of the features, this is the most intriguing one to me but it’s certainly not worth trading in my new iPad for. I use FaceTime but I generally use it on my iPhone 5 rather than my iPad.

Buying new accessories and praying that my friends have a Lightning cord or adapter on the rare occasion I bring my iPad out is not worth the hassle of upgrading to the new iPad.

And lastly, the new iPad fourth-generation features an A6 processor which is a step up from the A5X chip that is found in the third-generation iPad. Performance wise, the A6 bests the A5X according to some GeekBench scores.

That difference is going to matter for those that care about things like graphics of games, but for things like reading books, browsing the web, and watching videos, things that I normally do on my iPad, it won’t matter.

This doesn’t affect me, and probably won’t affect many average iPad users either.

Sure, I play games on my iPad but thus far, they all run great and look great. Yes, they’d probably be a little nicer looking on the new iPad but again, I’m perfectly content with how things are running now.

Those who are picking up a larger iPad for the first time will want to buy the iPad fourth-generation. It offers everything that is great about the iPad third-generation and adds a stellar FaceTime camera and a better processor.

Owners of the previous iPad that don’t extensively game or use FaceTime will want to pause however and consider whether it’s worth selling their current device for one that offers a faster processor and better front-facing camera and little else.

Instead, I’ll be waiting to see what Apple has up its sleeve for the iPad fifth-generation.