I publicly stated that the iPhone 4S announcement earlier this week made me want a new Android phone instead of an iPhone 4S, but when it came time to hit the order button after two hours of trying, I clicked it – twice.

I already planned to order my wife an iPhone 4S to replace her 3GS with the horrible battery that shuts down after about 20 minutes of talk time and a couple of hours of standby. I just about gave up after an hour of trying to pre-order. When the process suddenly changed from slow as molasses to instantaneous, I finished pre-ordering hers and went ahead and ordered a second one – the 32GB black iPhone 4S.

Five factors pushed me over the edge.

I already decided to replace my Infuse 4G. It has a problem with GPS that doesn’t seem to be fixable in my case. I’ve tried everything listed in various forums to no avail. Since my GPS technically works, Samsung and AT&T won’t replace it. But I can’t wait 10 minutes for a lock. My son doesn’t care about GPS and wants my phone, so I’ll use his upgrade eligibility and give him the Infuse.

The iPhone 4S will likely have the same dependable GPS as the iPhone 4 and 3GS, but I’m sure many other Android phones have great GPS and excellent built-in navigation from Google, something the iPhone doesn’t have. However, I’ve got both Navigon and Copilot Live for nav, so I know I’ll have depending GPS on the iPhone 4S that works even if I’m far from a good signal.

The two phones I really wanted were either the Samsung’s Galaxy S II or their forthcoming Nexus Prime. I first settled on the Samsung Galaxy S II and even dropped by the AT&T store Thursday morning to pick one up. I played with it and was disappointed. First, the screen was smaller (4 inches) than my Samsung Infuse 4G. But so is the iPhone 4S (3.5 inches). 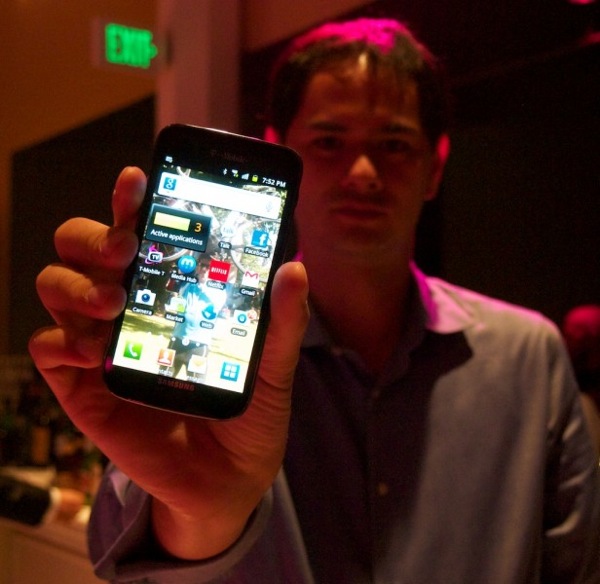 Despite the dual-core processor, the Galaxy S II seemed sluggish. I tapped the icons and it often took about a second before they would respond. I’m not paying $200 and getting stuck in a two-year contract with a sluggish phone. Maybe rooting it and putting a speedier ROM on the handset might have fixed that, but I had no way of testing that. The phone’s poor performance surprised me due to all the glowing reviews out there. I left without it.

It looked like the Nexus Prime would be my new phone and I’d have to wait a bit. Then I learned about two rumors, one before I pre-ordered and one after.

Samsung and Google were supposed to announce the Nexus Prime at CTIA. We just learned this morning that they would not be doing so after all. Don’t know why, but it was a surprising announcement that said they’d wait for another time and venue. This made me happy I pre-ordered the iPhone 4S.

Yesterday we heard a rumor that the Nexus Prime would possibly not come to AT&T right away. I’m an AT&T customer with four phones and an iPad on my account, so I’m not going to switch. I have a Verizon account for my Mi-Fi so that I can get 4G in nearby Charlotte and Greensboro. The early termination fees for my family would cost over a grand.

Because the two Android phones I most wanted left me wanting, I decided to go back to the iPhone. The iPhone 3GS and 4 treated me well for two years. It’s a dependable old friend that you can always rely on. A couple of new features really got me interested. Previously I said that I would not switch unless Apple included a larger screen, better built-in navigation, and customizable keyboards.

I will miss the larger screen on my Infuse 4G. My son will get that. I will miss the FlexT9 keyboard a lot! But I’ll adjust. I’m sure that after a month I won’t miss the screen real estate. I will miss the better keyboard, however one new feature might just make this a moot point.

If the Siri Assistant performs as well as the demos, then who needs a keyboard anymore? I’m guessing it will work about half as well. The FlexT9 keyboard I love on my Android phone works about half the time too. In Dolphin browser I can’t slide across the keys when typing web addresses. Many names or obscure words I use in my work as I study the Bible aren’t recognized either. If Siri can be used for the half the time that FlexT9 let me slide, it will be a push. 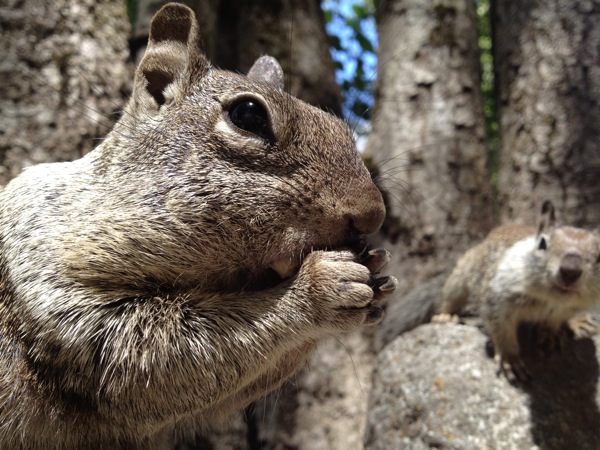 I love to take pictures. The camera on the Infuse works well, but the iPhone 4S camera looks like a big improvement. The fast lens and great retina display will likely result in a wonderful point-and-shoot. I’m expecting that I will be able to leave two gadgets behind – my Canon Powershot 1400IS and my Flip Ultra camera. I could have left them behind with the iPhone 4 and the Samsung Infuse 4G. But the video and still cameras on each phone always left me wanting. First, it takes a long time to get the camera on each phone going. Second, I the lack of physical shutter release button caused a lot of blur. I tap the screen and it moves the phone. Being able to use the volume button as a shutter release, I believe will alleviate this.

Finally, I realize that I could be totally wrong. I might really hate the iPhone compared to Android. If so, I’ll just take it back within my 30-day return window. I planned to do this if the Nexus Prime announcement made me drool anyway. Now that Samsung won’t announce that phone, it might be harder to return it. But I can always do so, if I’m unhappy.