I’m going to throw out the usual disclaimer that usually comes with a post like this. By no means am I an Android hater.

In fact, I really like Google’s Android 4.0 Ice Cream Sandwich. I also own a Samsung Galaxy Nexus. So now that I’ve gotten that out of the way, although I’m sure I’ll still be accused of being on Apple’s payroll, let’s dig into something that bothers me immensely about the platform, something that will always make me think twice about buying an Android device.

A couple of days ago, a Motorola executive talked about the process of getting its devices updated with Google’s latest operating system, which of course is Android 4.0. She talked about how the process is both difficult and slow for phones not called Nexus. 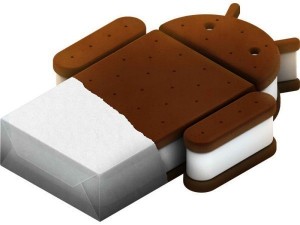 It’s now clear that this person was covering for the company’s misfire yesterday which included posting up Android 4.0 timelines for a few of its devices. The soonest anyone is going to see ICS according to the time table?

The second quarter of this year.

Other devices like the Photon 4G and Motorola’s Xyboard tablets won’t see the update arrive until Q3. And what’s worse, flagship phones like the Droid 4, Droid Bionic, and Droid RAZR MAXX didn’t even have a release window included on the time line meaning owners have absolutely no idea what to think.

It was a frustrating sight to say the least and unfortunately, it’s not an uncommon one.

It happens time and time again. Google announces a major Android update, manufacturers take months and months to update their phones, even the high-end devices that can clearly handle the software.

Again, I understand the difficulties involved but you would think, after all of these years, that someone would have figured it out by now. Wasn’t Android 4.0 supposed to help solve the fragmentation problem not make it worse?

And that’s only half of it.

Earlier today, we learned that Google might announce Android 5.0 Jelly Bean at Google I/O in June. It might even get released in Q2.Awesome, except for the fact that Android 4.0 currently is available on about 1% of all Android devices out there.

If I owned an Android device running Android Gingerbread, I wouldn’t want to hear about the next update until my phone was updated. And it has become clear that many phones will likely be updated after June comes and goes.

The release cycle is just a complete and utter mess and it’s why I’ll likely never buy a phone not called Nexus.

And it’s also why, when out looking for a new device, I’ll always in the back of my head, be thinking about whether or not a phone will be getting a timely upgrade or if I’ll be sitting in my chair after I buy it, watching Google announce a new operating system before the current one ends up on my phone.

Yes, I realize that one of the awesome parts about Android is that I can root my phone and snag custom ROMs, Android 4.0 ROMs at that. But I shouldn’t have to do that if I don’t want to.

Something to think about when you go out looking for your next device.