Why I'm Buying the HTC One X Instead of the iPhone

Smartphones have always been a dilemma for me. As someone who spends all day, almost everyday immersed in the tech world it’s easy to get caught up in what the next phone will have. The next great phone is always on the horizon, promising to blow away the just announced “best android smartphone ever” in a matter of weeks.

That’s why I abandoned Android for the iPhone 4 when it launched in 2010. Apple only releases one new iPhone per year, making the upgrade an easier decision.

This Sunday, when AT&T releases the HTC One X, I plan on going back to Android, at least for a little while.

Why I’m Buying the HTC One X

There are a few reasons for my decision to switch. At the top of the list is I want to hand down my iPhone 4 to a poor HP Veer 4G user whose phone has been causing far too much grief over the past few weeks.

I could easily pick up an iPhone 4S, but after seeing so many larger phones and playing with a few like the Lumia 900, I want to try a phone with a bigger screen. Sometimes the iPhone just feels a bit constrained. The One X has a huge 4.7-inch display, the same as the screen on the upcoming HTC EVO 4G LTE which I loved when we saw it last month. 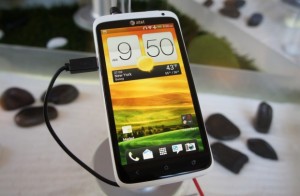 I haven’t used an Android phone as my personal phone since the myTouch 3G which ran Android 1.6 when I abandoned it. I’ve briefly played with devices running Ice Cream Sandwich, and actually enjoyed the experience. HTC is adding Sense 4 to ICS on the One X, but the skin isn’t a deal breaker for me. In fact, the lock screen with quick launching icons seems like a great addition to the platform.

The Samsung Galaxy S III might be worth waiting for, and it’s specs might be better than the One X. However, unless Samsung completely changes TouchWiz with the new phone, I don’t think I can seriously consider is as my main phone.

I do have some doubts about the One X, however. Battery life could be a major problem for the phone. HTC said that it thinks users prefer thin phones to phones with larger batteries, which helped influence the design. That’s fine, but I fear that 4G LTE will kill the phone quickly, which means I might have to start carrying around an external battery when I leave the house for more than a few hours.

The apps and games on Android are another problem for me. Android has good apps for the social networks I use, but apps like Flipboard, Clear, and Camera+ aren’t in the Google Play Store. There might be some alternatives, but it will take some getting used to.

My iPhone 4 currently has two full folders of games. Granted, I don’t play all of them everyday, but the ones I do play a lot aren’t available on Android. I fear I won’t find games as fun as Jetpack Joyride, Tiny Wings, Super Crate Box, Hero Academy, or Ziggurat on Google’s platform. I’ll have an iPod touch in case I need to play those games, but I see no sense in carrying two devices when I can just carry one.

Thankfully, AT&T offers a return windows of 30 days for new phones. If I find I can’t live with the One X as my main phone within that 30 days, I can always just exchange it for an iPhone 4S.

Either way, I’ll probably just end up getting the iPhone 5 when it launches later this year. I just can’t wait that long for a new phone.