Verizon’s 4G LTE network is being used by an incredibly small number of early adopters, but the number of Verizon 4G LTE users is poised to grow dramatically in 2012.

According to The Wall Street Journal, only 5% of Verizon customers are using 4G LTE. Based on the last report of subscribers, that’s 4.4 million 4G LTE subscribers. This comes from Fran Shammo, chief financial officer at Verizon, who was speaking to an investor conference.

5% may sound like a failure given that 4G LTE has been live for nearly a year and Verizon has launched 20 smartphones and tablets, but the small number of users doesn’t come as a shock to anyone who has followed 4G LTE closely.

Why 4G LTE Isn’t Popular … Yet 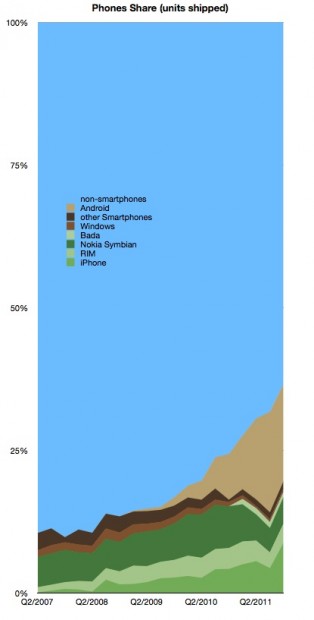 All that Blue is for Non 4G Phones.

While 4G LTE is nearly a year old, the service is just now reaching the coverage and device quality needed for further growth.

When 4G LTE launched with the HTC ThunderBolt in 2011 it was only available in few markets, but a year later it covers 196 markets and more than 200 million people. Up until the last quarter of 2011, many Verizon subscribers had no immediate reason to buy a 4G LTE smartphone. While the devices work on 3G, many users don’t think through the to year commitment.

Even users who wanted to purchase a 4G LTE smartphone to be ready for the massive 4G LTE rollout faced issues with the 4G LTE smartphones. Verizon charged a premium for 4G LTE smartphones, with prices reaching $299 at launch. The high prices and extremely poor battery life were enough to turn off some potential users.

Other issues complicating the growth of 4G LTE include contracts which prohibit users from buying a 4G LTE smartphone when they want, without spending $600 to $700, and the still large number of users who have feature phones and flip phones, none of which connect to 4G LTE.

Of course, we may not all need 4G LTE speeds. While I love 4G LTE for videos, app downloads and more, many users may not see the benefit to 4G LTE. Chris Leckness suggests that better 3G reach and capacity should be a focus, but it doesn’t look like Verizon has that in the cards.

Now that 4G LTE covers most of the nation, and will cover 2/3rds of the U.S. population by the middle of the year, 4G LTE has the chance to start converting 3G users. 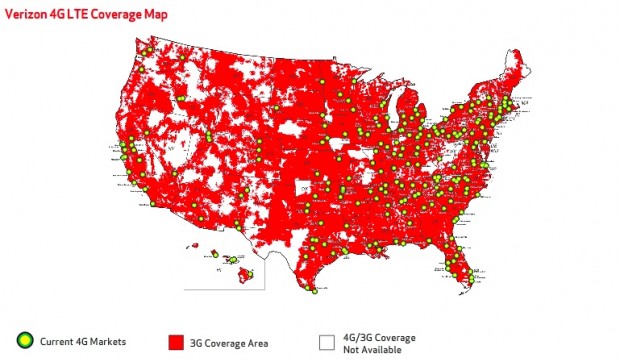 Combine affordable new phones and cheaper prices on the older 4G LTE phones with the lack of new 3G smartphones and the possibility for a 4G LTE iPhone 5 this fall and Verizon is in a good position.

Even if a 4G LTE iPhone 5 launches on Sprint and AT&T, Verizon still has a huge lead in coverage, which will attract users who are coming out of 2 year contracts for 3G smartphones and flip phones.