Why the Blue Galaxy S III is Delayed? (Photo)

Earlier today, Samsung confirmed the bad news. The pebble blue version of the Samsung Galaxy S III would be delayed several weeks in some regions. And now, a photo has revealed why that might be.

A photo posted by Mobile Bulgaria reveals a pebble blue Samsung Galaxy S III that seems to have some sort of manufacturing flaw on the back of it.

In its statement earlier, Samsung did not divulge any details about why the device would be facing delays, only saying that it was because of quality concerns. 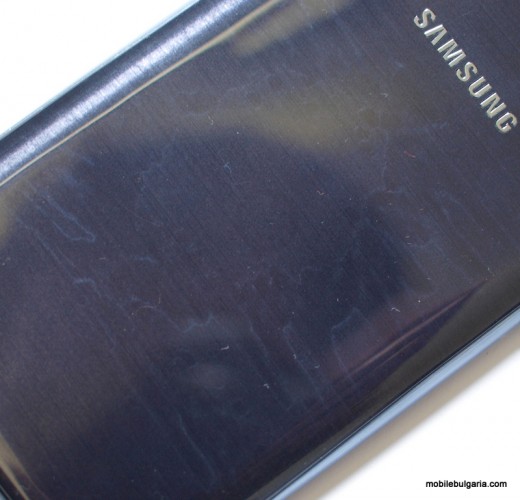 It now appears that this flaw, as SlashGear points out, is a white glaze that appears over the top of the device’s battery cover. Samsung calls it a “special hyper-glaze material” and it apparently helps with the protection of the Galaxy S III.

However, it appears that it hasn’t turned out properly on some units which means it very well could be responsible for the device’s delay.

Samsung has said that shortages of the device will last a mere 2-3 weeks. Until then, customers will have to make due with the white version of the Samsung Galaxy S III which has hit shelves around the United Kingdom today.

It’s unclear how this might affect a launch in the United States which is expected to take place in June. The device figures to launch on all four major U.S. carriers – AT&T, Sprint, T-Mobile, and Verizon.