I previously posted that in order for Apple to lure me back to the iPhone camp, they would have to include a few things.

To catch you up, Apple announced the iPhone 4S, which has faster internals and a new camera, but the same old iPhone 4 look.

My top priority: a larger screen! Sadly, Tim Cook disappointed me in his first Apple press event. I love the retina display of the iPhone 4 and didn’t really want the new one to look much different from the old one. I just like the 4-inch plus screens of many of the Android phones on the market today.

The second thing I wanted was better voice integration. It looks like Siri Assistant will give users just that. In fact, that one feature alone looks good enough to make me serious consider forgoing my top priority in order to jump back into the arms of Apple. But I don’t think so. 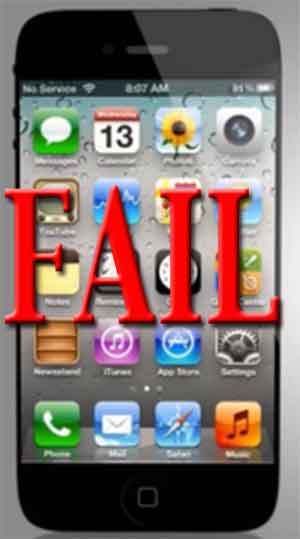 Apple missed the mark by not copying this mockup

A few more features were left out of the iPhone 4S announcement. I want to skin the keyboard on my phone with something like Swype or the FlexT9 keyboard so I can slide across the smooth screen to enter text. I can’t do that without jail breaking. Every update moves those goalposts making it harder to stay on the cutting edge, something I like to do, while still having all the features I want.

On Android the counterpart to jail breaking – rooting – usually results in running newer versions of the OS before others using your handset get it. With iOS the opposite happens. If I want the latest version I often must wait for a new jailbreak or resist downloading the update.

Apple left a lot of money on the table when it failed to enlarge the screen. They fixed the antenna issues and we will likely not see a degradation in GPS signal quality. It doesn’t look like the iPhone 4S will get built-in turn-by-turn directions like Android has. I could live without it since I’ve already purchased a couple of GPS Nav apps for the iPhone. If Apple bumped the screen size just half an inch, I’d be buying two new iPhones instead of just the one I’m getting for my wife.

I’ll wait a bit and think. If I don’t go back, then I will likely look for the best Android phone on AT&T, which right looks like the Samsung Galaxy S II. So help me out.

Am I nuts for not going iPhone just because of the screen size or do you agree that the iPhone 4S leaves you wanting more? Which AT&T Android phone should I get to replace my Infuse 4G?