I’ve  noticed that reviews are being published for Amazon’s new Kindle Fire HDX 8.9 Tablet and they are largely positive. Looks like another hit for Amazon. Amazon has certainly made an impact since the debut of its first Kindle Fire Tablet in 2011. The low cost Fire Tablets have hit a sweet spot with a number of consumers. Given that Amazon, by its own admission, isn’t out to make money on selling the devices but instead making money from Kindle Fire users purchasing goods and services via the device, the Kindle Fire Tablets will probably always be in the lower cost range of consumer Tablets. That doesn’t mean that they are cheap. In fact, Amazon stepped up some of the hardware on the Kindle Fire HDX models this year to the point that some reviewers think the new Fires can burn off some of some of the sheen of Apple’s iPad. I wouldn’t be surprised if it did. 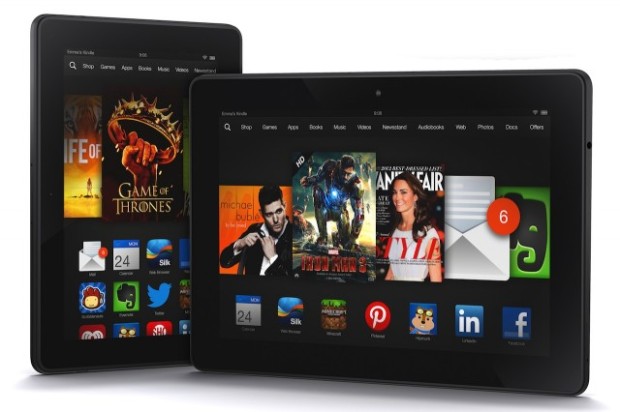 The hardware certainly looks very nice and even from afar you can tell that Amazon paid attention to criticisms from the past and took advantage of today’s technology advances. It’s 20% lighter than the iPad Air. For those who count pixels the Kindle Fire HDX 8.9 has more and also a superb color screen, from what the reviewers are saying. This year’s edition, like all others, runs Android at the core, but this isn’t Android you’ll recognize. Amazon reworks and skins the device so that you have to look for signs that there is an Android engine in there somewhere. Android 4.2 is the base that Amazon mnow builds on and disguises.

And then there’s the price. Even outfitted with its largest storage capacity of 64GB and including LTE the Amazon Kindle Fire 8.9 HDX comes in at $479, which is $20 less than the smallest capacity iPad Air with WiFi only. And the Kindle Fire HDX 8.9 has a bottom price of $379. So, if price is your key decision point, it is more than worth a look, especially considering the quality of the hardware.

Why then am I thinking that Kindle Fire Tablets are making less sense?

Essentially, I can get every Amazon service that it offers on an iPad, whether that be an iPad Air or earlier. Sure, I’m paying more for the iPad Air (and will be paying more of an iPad mini with Retina Display when it comes out as well.)  That’s not a concern of mine since I can have those Amazon services and have access to more benefits from Apple and other providers on iOS.

Two of the key services for me are Amazon Instant Video which has been available on iOS for some time now, and the new Xfinity TV Go service that allows me to watch streaming video from my Xfinity account anywhere I go. Most of the other 3rd party content services (Netflix, Hulu Plus, HBO GO, Spotify, Pandora,   etc…) are available on both the Kindle and iOS platforms so that’s a wash. But in addition to content Apple and Amazon offer, I can also take advantage of some of Google’s content services and Apps that don’t appear on the Kindle platform.

They include Google Chrome, Google Music, Google Maps, Google Drive and Google +. From where I sit, the iOS devices are the most agnostic Tablets when it comes to having Apps available from all comers. I can even use Microsoft’s OneNote on the iPad, and do, but not on the Kindle Fire.

Not everyone wants to have access to multiple services for content delivery and multiple App platforms. I do. So, when I can derive the same benefits plus more on another platform I think my choice is made. Why shop at a supermarket that doesn’t carry all of the products you want when the one a few blocks away carries those and more?