It’s no secret that Samsung is planning a massive launch for September 4th. Invites suggest that it will be Episode 2 of Samsung’s 2013 Unpacked series which means that we should see a spectacle that’s on par with the Samsung Galaxy S4 launch. And as we know, there is only one device that is worthy of that type of event, a device that is currently known as the Samsung Galaxy Note 3.

Samsung itself has essentially confirmed 3GB of RAM for the device. We’ve also see AT&T, Sprint, T-Mobile and Verizon rumored as carriers. And who can forget the numerous leaks that suggest that the device will have a 13MP camera on board. We also now know that the Samsung Galaxy Note 3 release date has a very good chance at emerging during the latter part of September though no specific date has been mentioned.

So, current software. High-end hardware. An assortment of carriers. And a release date that is coming soon. All of these essentially confirmed and all of them important to consumers. There is one last thing though.

Why the Samsung Galaxy Note 3 Will Have Awesome Battery Life

Rumors suggest that Samsung will be using two processors inside the Samsung Galaxy Note 3. Some models, likely of the LTE variety, will probably use Qualcomm’s new Snapdragon 800 quad-core processor. Others are rumored to be using Samsung’s new Exynos 5 Octa CPU, the Exynos 5420. These are the first sign.

We’ve already been over what the Snapdragon 800 offers in detail. But for those that missed it, one of the integral parts of the Snapdragon 800 portfolio of features is something called Smart Cores. Smart Cores intelligently selects a single core from the quad-core processor to scale up as needed. This ensures that the processor will not overwork itself if it doesn’t have to, conserving battery life in the process. This is a step up from the Exynos 5 CPU that is found in the Galaxy Note 2.

Today Samsung, in great detail, has gone over the benefits of the new Exynos 5420 chip that it announced a few weeks ago, a chip that is almost certainly heading to the Galaxy Note 3 in some capacity. The company highlights the usefulness of the next-gen Exynos 5 Octa though it singles out battery life as one of the strengths.

The Galaxy Note 3 is rumored to have a new Exynos 5 Octa chip on board.

The first thing that the company touts is the fact that is supports MIC or Mobile Image Compression which it says “lowers the system power required to bring photos from memory to your screen for processing.” What this means is that editing and processing photos won’t greatly affect battery life, particularly on high-resolution displays. 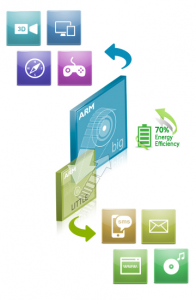 Like Qualcomm’s Smart Cores, the Exynos 5 Octa also switches between cores depending on usage, something that will help with performance and battery life conservation. Samsung also states that the new Exynos 5 Octa chip “provides 20% increased CPU performance over the previous version of the processor,” the processor found in the Galaxy S4.

It’s clear that one or both of these processors will arrive in the Samsung Galaxy Note 3 and they should help to deliver fantastic performance inside Samsung’s new phablet.

But they aren’t the only reason it will have great battery life.

Rumors have suggested a battery size over 3000+ mAh. That size of battery, paired with the new processing power, should help to ensure that Galaxy Note 3 users get ample battery life, even with the size and resolution changes.

A recent photo leak suggests that Samsung will be packing a massive battery in the Galaxy Note 3, something that is backed up by history. 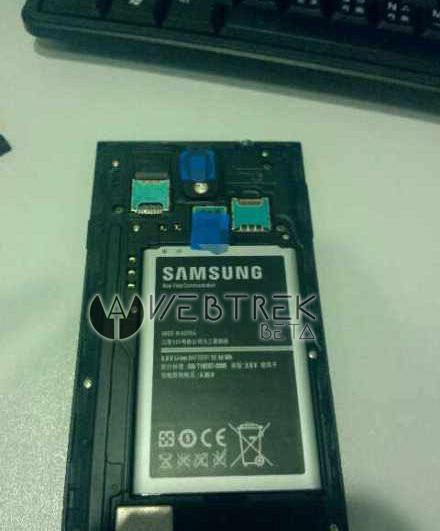 This is said to be the Samsung Galaxy Note 3’s massive battery.