Why the Samsung Galaxy S III Is Worth Waiting For

In just two short days, Samsung will host its Unpacked event in London where the company will unveil its ‘Next Galaxy’ smartphone. That phone is presumed to be the Samsung Galaxy S III, a device that has been rumored to be a lot of different things. Regardless of the uncertainties, let’s be clear. Those looking to buy a new smartphone should wait for this phone to arrive before making a purchase.

Today alone, I’ve had more than five people come to me, asking for advice about which phone to pick up.

“The Galaxy Nexus looks nice, I might go get it today.”

“The Motorola Droid RAZR MAXX has an insane battery. I don’t know if I can wait, man.”

“Love the Motorola Droid 4’s keyboard. I think I might be picking it up.”

My answer to all of these people has been the same.

Wait for the Samsung Galaxy S III before you go out and buy a new smartphone. I don’t even need to know the official specifications to pass along that bit of advice and here’s why. 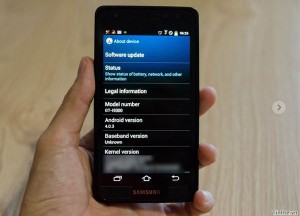 Samsung Needs to Make A Splash

Samsung, as it stands, is the only Android manufacturer with the firepower to take on Apple’s iPhone. It has the Galaxy branding. It has intelligent marketing. It makes great hardware. And it has pull in markets around the world.

In fact, Samsung needs to make a device that is on par with both of those if it hopes to overtake Apple. This is the company’s big smartphone launch of the year.

I would go as far as to say that this might just be the most important launch in the history of Samsung.

I get the feeling that Samsung knows this as security around the device is tighter than any product launch in the company’s history.

I get the feeling that Samsung has cooked up something pretty fantastic, because mediocre just isn’t going to cut it. If Samsung hopes to elevate itself to Apple’s level, it needs to wow consumers.

Frankly, it needs the best Android phone ever made and I don’t doubt that the Samsung Galaxy S III is that device.

So, please, wait and see what Samsung has up its sleeve. Will it live up to my ridiculous expectations? I don’t know. But I do know that Samsung has a lot riding on this phone so I am willing to wager that whatever it is, it’s good. 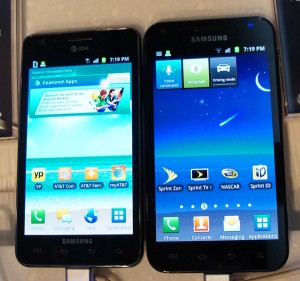 Another question I have been getting lately is, which carrier has the best Android device? This question of course comes from people who have the liberty to choose their provider.

Many of you probably fall into a similar boat.

Verizon seems like a lock but I’d be shocked if it didn’t land on AT&T, Sprint and T-Mobile as well.

Now, let’s be clear. I’m not saying that you’re going to want to buy this phone. Maybe Samsung disappoints. Maybe you don’t fall in love with it.

However, what I am saying is that you’ll want to at least wait and see what the Samsung Galaxy S III is all about.

You’ll be happy that you did.