LG has been long rumored to be working on a smartphone with a flexible display, and recent speculations posit that the device may launch as the LG G Flex. However, in addition to a flexibly curved screen, LG is developing a complementary flexible battery technology that when combined with a flexible screen, could open the doors to new form factors and user experiences for smartphones, wearable computing devices, smartwatches, and gadgets that we may not even know of today.

This isn’t the first time we’ve heard of the flexible battery technology, but it is the first time we’re hearing it originate from a manufacturer with the capability to scale the technology for mass production and prime it for real world applications–like on the LG G Flex, LG’s forthcoming smartwatch, and other computing applications. 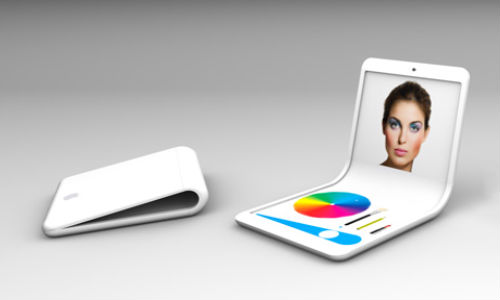 There are three types of batteries right now, according to CNET that’s being built by LG Chem: curved, stepped, and cable.

The curved battery is made by using a stack and folding technology, and could be a perfect complement for devices with a curvature to them, like a curved phone display or a wristwatch where the battery itself could be built either into the watch strap or it could take the form of the curved display on the watch’s front.

Stepped batteries are made of separate pieces that are stacked and joined in a non-box-like manner. Think of it as separate batteries that are adjoined to form a shape like a staircase.

Cable batteries are unique in that it could be bended, rolled, or folded, and LG says that it could even be tied and twisted. Low electricity and the ability to be waterproof could see this battery expand into water resistant or waterproof electronics.

And while initial flexible display smartphones–like the Galaxy Round that rival Samsung recently announced–won’t have screens that are flexible or bendable, these battery technologies could help pave the way for phones that someday could be rolled up, folded over, or twisted. These not only provide for new ways to make bigger phones that could morph into smaller footprints for easy portability, but also new experiences and ways to interact with the devices.

LG’s G Flex smartphone is rumored to be debuting as early as next month, so it’s unclear if LG Chem will have its flexible batteries in time for shipment with that rumored phone.