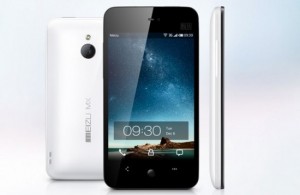 The company’s quad-core MX smartphone was revealed as part of Meizu’s aggressive road map earlier this year and it is expected that the quad-core MX will be among the first quad-core smartphones when released in May.

Quad-core devices are only beginning to make it to the market. Asus’s Transformer Prime is the first quad-core mobile device to hit the market, though that device is a tablet rather than a smartphone. The Transformer Prime utilizes an ARM-based CPU from NVIDIA.