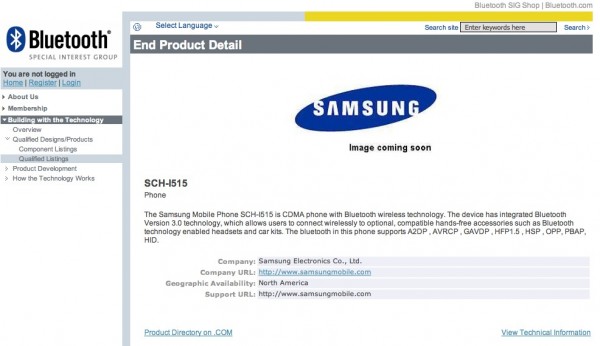 As per Verizon’s naming convention, a Samsung phone with the three-letter SCH suffix will indicate that the phone will be headed to Verizon. The device, with the SCH i515, is posited to be the Nexus Prime, which has been rumored to be called as the Droid Prime when it launches. For reference the Samsung Droid Charge had the model number SCH-i510.

No additional information was revealed by the Bluetooth SIG other than the fact that the phone will be a CDMA device and will have Bluetooth on-board.