Earlier today, we saw two bits about the upcoming Samsung Galaxy Nexus all but get confirmed. Its name and its 4G LTE capabilities. Both of those pieces of information came from Verizon Wireless’ Device Management. Well, that isn’t the only screenshot that Droid-Life was able to dig up. The Galaxy Nexus, which appears as the Nexus Prime, has shown up in Best Buy’s Cellebrite system which means that a launch is close but also means a couple of other things.

One, it’s possible that the Galaxy Nexus could be a Best Buy exclusive. When the Nexus S launched, it launched for T-Mobile, but you could only purchase it if you did so through Best Buy. It never showed up in T-Mobile retail stores.

So this could mean that the Galaxy Nexus might not appear in Verizon stores and you might have to deal with Best Buy if you want to get your hands on it. As the report points out, Verizon’s name has not appeared next to this announcement which is odd if they are planning to be heavily involved in selling this device. 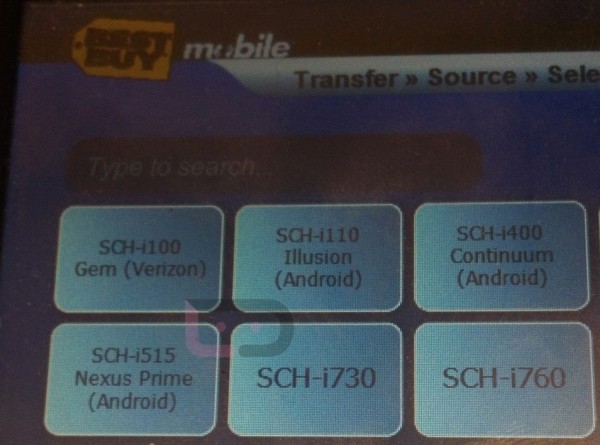 Two, this could mean those of you hoping to get this off-contract (myself included) will be forced to pay a premium. At Best Buy, the Droid Bionic is $699 off-contract. At Verizon? It’s only $569.

If true, that’s definitely going to drive some people away from this device. $700 for a phone is not cheap by any stretch of the imagination.

Of course, this isn’t true just yet. It’s speculation. But keep those fingers crossed, especially those of you that want this off-contract. We’ll hopefully find out for sure on October 18th/19th.