U.S. television network ABC had turned to Twitter to announce that the social networking service will have a big announcement to make on Disney-owned ABC’s Good Morning America daily morning news program. The Twitter announcement, which came on Wednesday evening, was a teaser and provided little details.

It’s unclear what announcement would be made by Twitter on the show, but one guess would be that the venue may be to kick off its Twitter Music service. The service, which has been rumored in the past, launched just a week ago in beta to a few celebrity users. The service pulls in music from a variety of different sources. 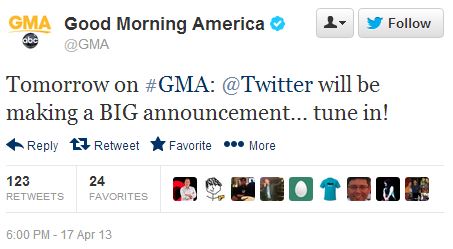 Since its closed launch, “a number of prominent musicians have also tweeted about the service,” The Verge reported. “Which reportedly pulls in tracks from a number of services including Rdio, Spotify, YouTube, Vevo, SoundCloud, and iTunes.” 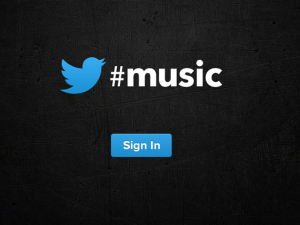 In the past, Twitter had turned to GMA rival The Today Show on network NBC to announce a redesign to its profile page.