We’ve seen ‘smart watches’ before with either a limited skinned version of a smartphone OS–like the Motorola ACTV–and those with full Android OS capabilities. However, the new concept watch created by Indian designer Mithn Darji takes the idea of smart watch to a whole new level by packing in the full desktop OS version of Windows 8 and its Metro UI onto your wrist. The demi tablet that serves as a watch also has a modular, removable Bluetooth earpiece for you to take calls. 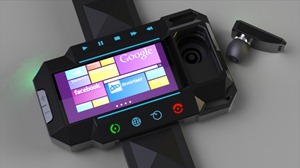 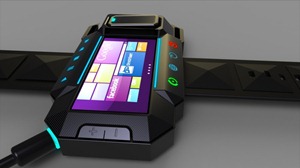 The design combines a full PC, WiFi for connectivity, and a phone radio onto a plastic wrist strap. There are hardware keys for phone, quick launching the browser, music playback, and volume. The watch also has a charging connector that glows when plugged in, similar to Sony’s VAIO laptop charging designs.