New market share numbers from this past quarter now confirm the rise of Microsoft’s Windows Phone Platform from number four to number three.

The numbers, which were provided in a report by research firm IDC, indicate that Windows Phone accounted for 3.2 percent of all smartphones shipped, while BlackBerry devices only accounted for 2.9 percent. Numbers from that same report a year earlier had pegged the Windows Phone operating system’s market share at 2 percent of all devices sold for the first quarter of 2012. 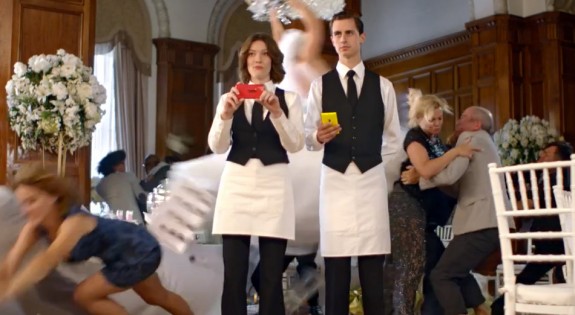 Those numbers will almost certainly please Microsoft. Since the iPhone launched, the company has seen its market share numbers plummet, especially during the time in which the company had announced that it would be effectively abandoning development of Windows Mobile to focus on creating Windows Phone.

Though these numbers do paint a better picture than did IDC’s numbers for the quarter before, it’s also incredibly clear that Microsoft has yet to find a way to fight back against the Android and iOS tag team that is crippling both it and BlackBerry.

Read: Is BlackBerry Falling Further Behind?

With these numbers public, it’s now every clear why BlackBerry’s Thorsten Heins seemed to be taking any opportunity to take jabs at Microsoft during the opening moments of his keynote at BlackBerry Live this past week. Heins even went so far as to declare that BlackBerry 10 was the only operating system that was “built for mobile.”

Heins continued later in that keynote saying, “even though we all have desktops and laptops, what do we do when we need to get something done quickly and decisively. We grab our BlackBerry.”

For its part BlackBerry seems to be moving to bolster sales by creating devices that focus on providing many of the same experiences for users in the developing world; a strategy that Microsoft partner Nokia has found successful in its pursuit of higher volume Nokia Lumia sales.

BlackBerry’s new BlackBerry Q5 will only ship in developing nations, and is believed to have a vastly lower price point than its siblings, the Q10 and Z10.