Thanks to enough iPhone 5 leaks to sink the boat carrying the new iPhone to the U.S., we think we know a lot about the next generation iPhone.

The iPhone 5, or what Apple will likely call the new iPhone, is expected to launch at an event in early September, with preorders starting as early as the afternoon of September 12th.

Additional leaks point to an iPhone 5 release date on September 21st, with online and in store availability at a number of outlets.

Based on what we already think we know about the iPhone 5, would you buy the new iPhone on release day?

The iPhone 5, According to Leaks

The video below summarizes many of the new iPhone 5 features in just two minutes, which will catch you up on what we expect Apple to announce soon.

If the leaks and analysts are correct, Apple will announce the new iPhone with a larger 4-inch display and 4G LTE connectivity as well as a thinner taller design. The iPhone 5 leaks, including our engineering sample show a new design for the back of the iPhone 5 with a metal finish and two-tone separation.

Apple is also expected to change to a new, smaller dock connector. This change isn’t without good reason, but will most likely require new iPhone buyers to get new accessories or an adapter.

We’ve also heard rumors of an NFC support, which would give the iPhone 5 the technical ability to make mobile payments at PayPass enabled registers, though it would need software support from PassBook or Google Wallet. Even without the support for mobile payments, NFC would make it easier for iPhone users to share by tapping phones.

Why I’d Buy the Leaked iPhone 5

I use the iPhone 4S and the Galaxy Nexus, but I find myself using the iPhone 4S more frequently. It syncs up with my Nike Fuel Band and handles many of my day-to-day smartphone needs better than Android. 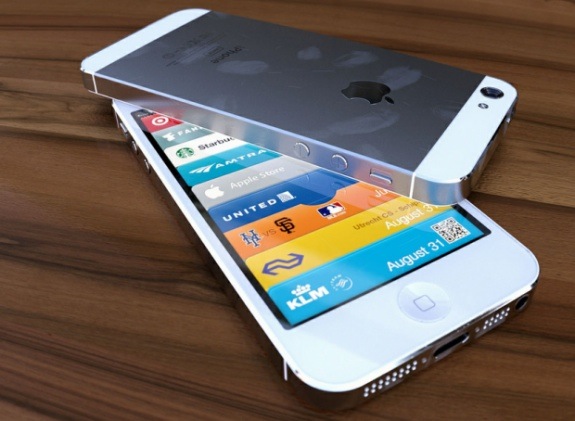 I would buy this iPhone 5.

I still love the notifications on Android 4.1, 4G LTE connectivity and larger display of the Galaxy Nexus, and I’m not going to give up on Android, but the leaked iPhone 5 will fulfill two of these needs.

In all honesty, even if the only new iPhone 5 feature is 4G LTE connectivity it will be enough for me to upgrade. Verizon’s 4G LTE network is huge, and offers faster speeds than 3G. This means better video chat capabilities and the ability to turn the iPhone into a 4G LTE hotspot to connect my other devices to the internet at speeds that are fast enough to get work done, and even upload videos faster than my home connection.

Would You Buy The Leaked iPhone 5?

If Apple offered the iPhone 5 for sale today, in the form leaked, would you buy it?

If there’s a must have feature that hasn’t been revealed, let us know why you’re waiting for another phone or for the next iPhone. Perhaps you’re looking forward to one of these exciting new features like foldable displays and Kinect style gaming.