The Xbox One March Update, the new software download that’ll address the issues users had with teaming up with their friends in the Xbox One’s Party app and more, is now available ahead of next week’s launch of Titanfall.

Microsoft announced that the final version of the March Update in a post to its Xbox Wire blog late last night. Though the company had already detailed many of the improvements the new software held last month, there are still a few small surprises for users to get excited about.

Microsoft has added a new setting to allow Xbox One owners to control how much their console adjusts the volume on their television set when they give it commands. The update also includes the ability to watch game clips when the related application is snapped to the right side of the screen. Finally, Microsoft has rolled out updates to Internet Explorer on Xbox One. Microsoft says the updated IE on Xbox One app will allow users to “directly zoom and pan Bing and Google maps” and search faster. 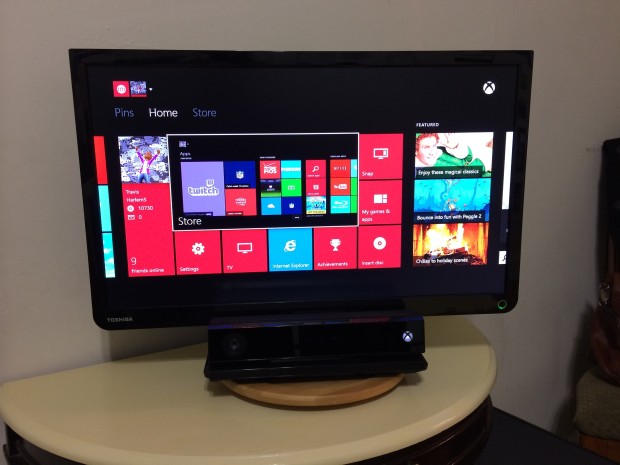 Users can also expect a new 50Hz toggle to allow the Xbox One to communicate with their cable and satellite equipment. Users in all regions can now have the Xbox One turn on and control the volume of their television set too. Dolby Digital Sound is now available through both the console’s HDMI output port and its optical audio out port.

All of this is on top of those core changes Microsoft announced it would make a few weeks ago. Starting with this update the Party chat is turned on by default inside the Xbox One’s Party app. Microsoft has also added a list of gamers users have recently played with to the Friends app. The Friends app itself has a slightly tweaked design that puts the focus on the users Xbox One owners already know. The activity feed that once dominated the Friends app is still there, however its been pushed off to the right side of the screen.

The biggest change of all is that Microsoft has restored cross game party chat. This means that users can use the Party app to talk to their friends regardless of whatever game they’re playing.

Notably, this update seems to only lay the ground work for the Twitch video game streaming services that Microsoft has been showing off these past few weeks. The company now says that users can expect Twitch video game streaming to arrive as a separate app download on March 11th, the same day as Titanfall. The “Xbox, broadcast” command does work today but only takes users to the launch version of the Twitch for Xbox One app. This update also adds support the new Xbox One stereo headset and media remote accessories.

Titanfall is expected to be the biggest exclusive game for the Xbox One this year. Microsoft has made it clear that it wanted to get users complaints ironed out before the game arrived on store shelves.

To get the update Xbox One users don’t need to do a thing. Any Xbox One connected to the internet with low-power mode enabled will automatically download the update in the background. If you’re able to turn on your Xbox and television by saying “Xbox, on” then low power mode is enabled on your console.