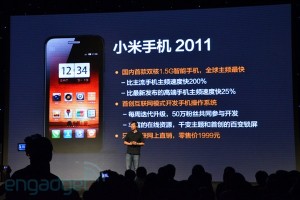 The Xiaomi M1 Phone has a veritable list of hardware specs and a nice $310 price tag that will please many hopeful users of the Android-based smartphone with the MIUI (pronounced Me UI) interface. The device’s only blow in an age of qHD displays that will soon be replaced by 720p HD touchscreens is its paltry 4-inch FWVGA resolution screen, which is the same 16:9 aspect ratio resolution that the original Motorola Droid launched with. Otherwise, the 3G/GSM smartphone packs in a dual-core 1.5 GHz Snapdragon CPU, a variant of Android Gingerbread with the MIUI overlay, Adreno 220 graphics and 1 GB RAM for multitasking. 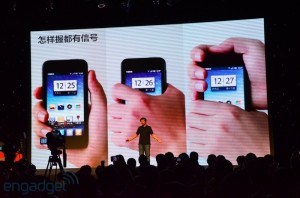 According to Xiaomi, there will be a cheaper version of the flagship M1 with a dual-core 1.2 GHz CPU. Considering that the high-end 1.5 GHz dual-core with Adreno 220 graphics cost only $310, the 1.2 GHz CPU should be even more affordable. For reference, the dual-core 1.2 GHz Snapdragon processor is currently employed on high-end HTC devices, like the HTC EVO 3D and the HTC Sensation 4G, however the HTC devices also pack in a screen with better resolution.

Pre-orders start at the end of August and the devices will be available in October.

Aesthetically, the front of the M1 looks a lot like the iPhone 4, but don’t let looks fool you. The device has interchangeable colored back covers along with dual antennas to prevent any death grip issues or Antennagate to occur. 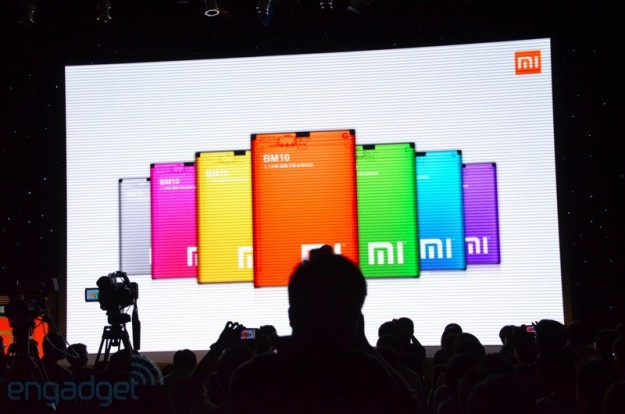