Yale Medical School greeted students this week with the best back to school gift you can give a medical student, aside from free tuition, a 64GB 3G iPad 2 to use for classes and clinical work. The school picked the iPad as a new student learning tool after a trial program last year tested well with students.

By distributing 500 iPads to students, Yale hopes to avoid over $100,000 worth of printing, copying and collating that took place and forced students to lug around binders full of notes and information. The school spent around $600,000 on the iPad initiative, which students are already a fan of.

In addition to cutting the cost of paper use on campus, school officials cited convenience and security as prime reasons for the switch. 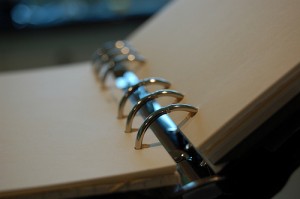 During the pilot test, even students who were not tech savvy found the system easy to use. This small group of students provided feedback that led tot he inclusion of GoodReader for marking up PDF files and an Apple wireless keyboard for note taking. Robert Stretch spoke to the Yale Daily News saying that he prefers to read notes electronically, and points to the convenience of electronic notes. Stretch told the publication, “We get binder upon binder of notes, literally several feet of notes, and carrying them to the library or to class is just unrealistic.”

Based on my experience as a professor, the move to digital textbooks is really slow, but when schools get involved and equip all students with the tools and apps they need adoption of digital tools takes off. By providing students with everything they need and ensuring faculty buy in, Yale Medical School is able to make this a reality. It doesn’t hurt that the iPad has a huge number of medical apps for studying and for clinical practice. Yale will also provide printed course information for students who don’t wish to use the iPad.

Aside from dominating the tablet market, School officials cited the security of the iPad, which students will use to view and work on confidential patient files, as a reason for selecting the tablet over a notebook. The school has configured the iPads for security, including the ability to lock and remotely erase iPads if they are lost.

This is also good training for students, who will likely bring their iPad into their career in the medical field where apps are aimed at helping medical professionals get work done securely.

The school purchased the 3G version so that students could subscribe to data connectivity and gain access to their documents, coursework and apps anywhere. 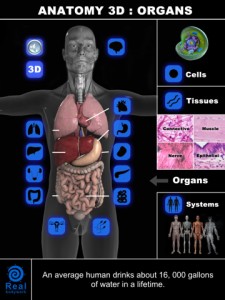 Yale has bundled GoodReader for annotating PDF files, but that’s just the tip of the iceberg when it comes to iPad apps for doctors and med school students. Here are a few top rated medical apps we’ve seen.

These are just a few of the medical apps available for the iPad. I’m sure Med students, nurses and physicians can chime in with additional iPad apps that deliver important information to the iPad.