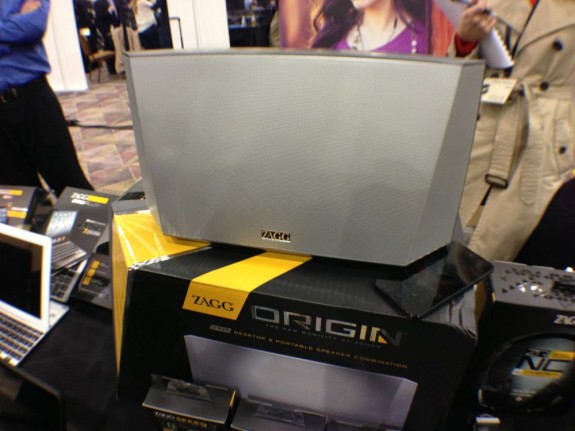 The speaker has compatibility with Bluetooth enabled devices, allowing users to play music while using their iPhone or Android device, and it also comes with a remote control that users can use to adjust basic functions like volume, treble, bass and more. 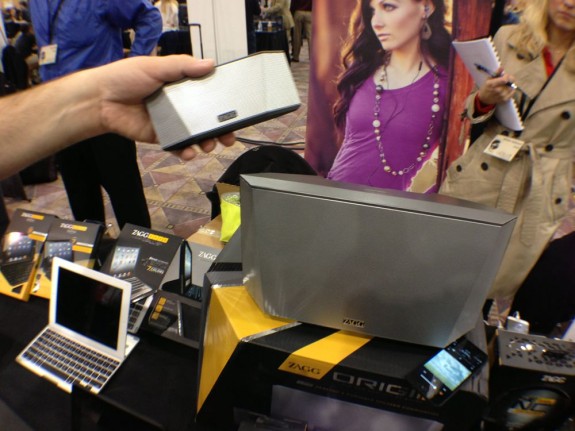 Zagg Origin sounded loud and well-balanced on an extremely packed showroom floor, something that should translate well to a loud party or even a night of casually listening to some tunes. And with that type of battery life with the Bluetooth speaker, the device is even perfect for a full day in the park or at the beach.

The company still has not released specific details in regards to the Origin’s upcoming release date, only saying that it will be released seven weeks from CES which should mean an arrival on shelves sometime this Spring.

Fortunately, Zagg did announce pricing for the Origin and those interested in its two-in-one capabilities will have to shell out $249.99 for the privilege of owning this unique portable speaker system.